WORLD WHO chief appreciates people of Wuhan for their cooperation

WHO chief appreciates people of Wuhan for their cooperation 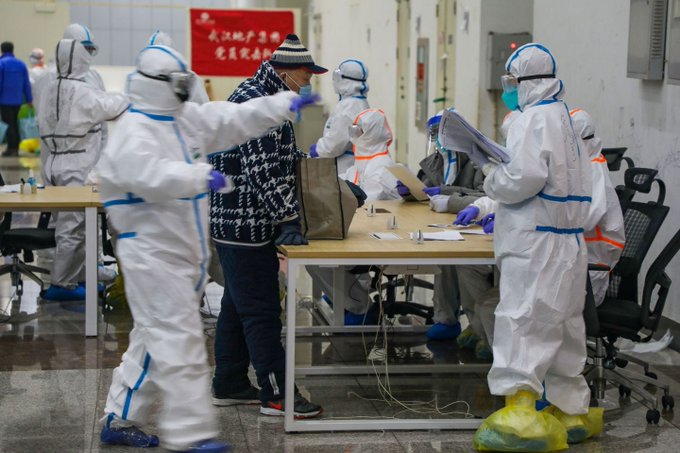 GENEVA, Feb. 6 (Xinhua) -- The head of the World Health Organization (WHO) expressed his particular gratitude and compassion on Thursday for all the people of Wuhan, the epicenter of the novel coronavirus outbreak in China.

"Wuhan people and Hubei province in general are paying a lot. First of all, I would like to appreciate them and thank them for their cooperation for believing that the actions they are taking protect the people and protect the rest of the world," said WHO Director-General Tedros Adhanom Ghebreyesus at a press conference.

Since January 23, Wuhan, capital city of Hubei province and also the epicenter of the novel coronavirus outbreak in China, has been locked down by the authorities to reduce the spread of the virus to other parts of the country as well as outside China.

"Doing this for humanity is something beyond words, and I'm really thankful for that and proud of what they're doing and much gratitude," Tedros said.

"I was in Beijing and I wish I had visited Wuhan. But I would like to assure Wuhan people and residents of Wuhan that I will go and visit them one day, hopefully very soon. But at the same time, my spirit is actually always with them and with others who are fighting this dreadful virus," he said.

"We are in it together and with this kind of solidarity and thinking for one another; we're one human race. I know we will defeat this virus," said the WHO chief.

"I hope to see them (people of Wuhan), but until then I wish them all the best and I feel that I'm among them actually today I speak even," he added.

At Thursday's press conference, Tedros also announced that on Feb. 11 and 12, a global research and innovation forum is to be held in Geneva to identify research priorities and coordinate the international research effort to find therapeutics and vaccines against the virus.

The meeting will be attended by scientists from all over the world, including China, in an effort to fast-track the development of effective diagnostic tests, vaccines and medicines.

The WHO chief said that one of the key challenges for now is coordinating research funders to support key priorities, as a lot of donors want to help, but the WHO needs to direct them to support agreed priorities rather than going off in different directions.

"We need to be led by facts, not fear; by science, not rumors; we're letting science lead," he reiterated, and also reminded again that the simple things for everyone to do for protection against the virus is to wash hands regularly, cover nose and mouth with elbow when coughing or sneezing, and keep personal hygiene.