WORLD WHO: China needs to curb its sodium intake

WHO: China needs to curb its sodium intake In most countries, individual daily salt consumption exceeds national and World Health Organization (WHO) guidelines, but only diets with the highest sodium - such as those in China - are clearly linked to health risks, researchers said on Friday.

“A higher sodium intake is associated with increased incidence of strokes, but this effect was largely confined to China, where the mean sodium intake is roughly 14 grams of salt per day,” they found.

According to a newly published study in The Lancet medical journal, only individuals with a daily salt intake of at least 12.5 grams were linked with dangerously high blood pressure and an increased risk of having a stroke.

The WHO recommends capping salt consumption at five grams per day, but this target has not been achieved at a national level anywhere in the world, according to a survey of more than 90,000 people spread across 300 distinct communities in 18 countries. 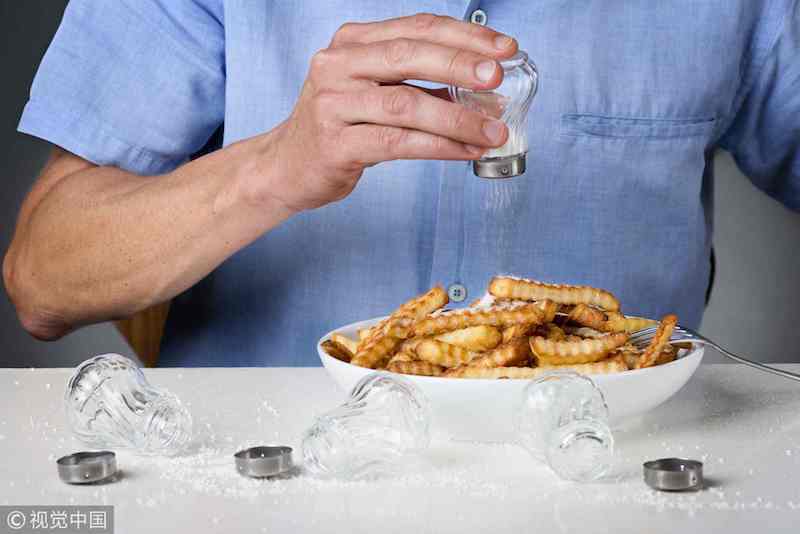 Salt intake of less than five grams per day for adults is suggested by the WHO. /VCG Photo

According to the survey, 80 percent of the groups examined in China had an average daily salt intake of at least 12.5 grams, whereas in other countries, 84 percent ingested somewhere between 7.5 and 12.5 grams.

“We should be far more concerned about targeting communities and countries with high average sodium intake – above five grams (equivalent to 12.5 grams of salt), such as China – and bringing them down to the moderate range of 7.5 to 12.5 grams of salt,” said lead author Andrew Mente, a professor in the Population Health Research Institute of Canada's McMaster University. 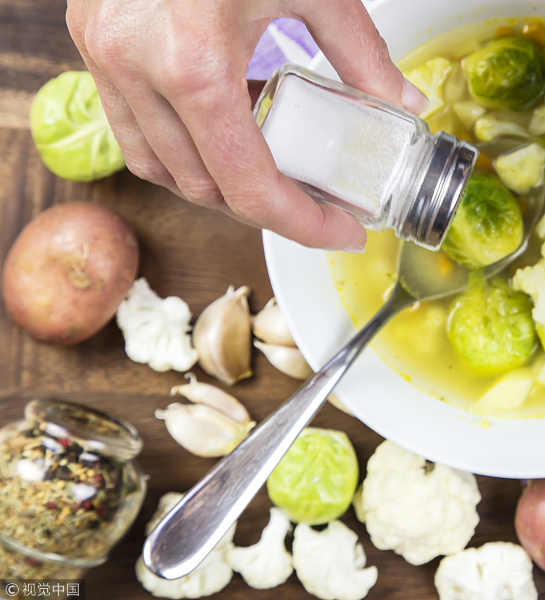 The study examined the urine samples, blood samples and health records for 95,767 women and men over an eight-year period. Nearly 3,700 of the participants died during that time and 3,543 suffered from "major cardiovascular events".

The human body needs many essential nutrients including sodium, but the ideal amount of which remains subject to debate.

The official Chinese Dietary Guidelines as published by Chinese Nutrition Society in 2016 suggests that adults should take in no more than six grams of salt per day. However, for people who are aged over 50, have been diagnosed with obesity or have a family history of high blood pressure, salt intake should be curbed in order to prevent cardiovascular disease.

(With inputs from AFP.)