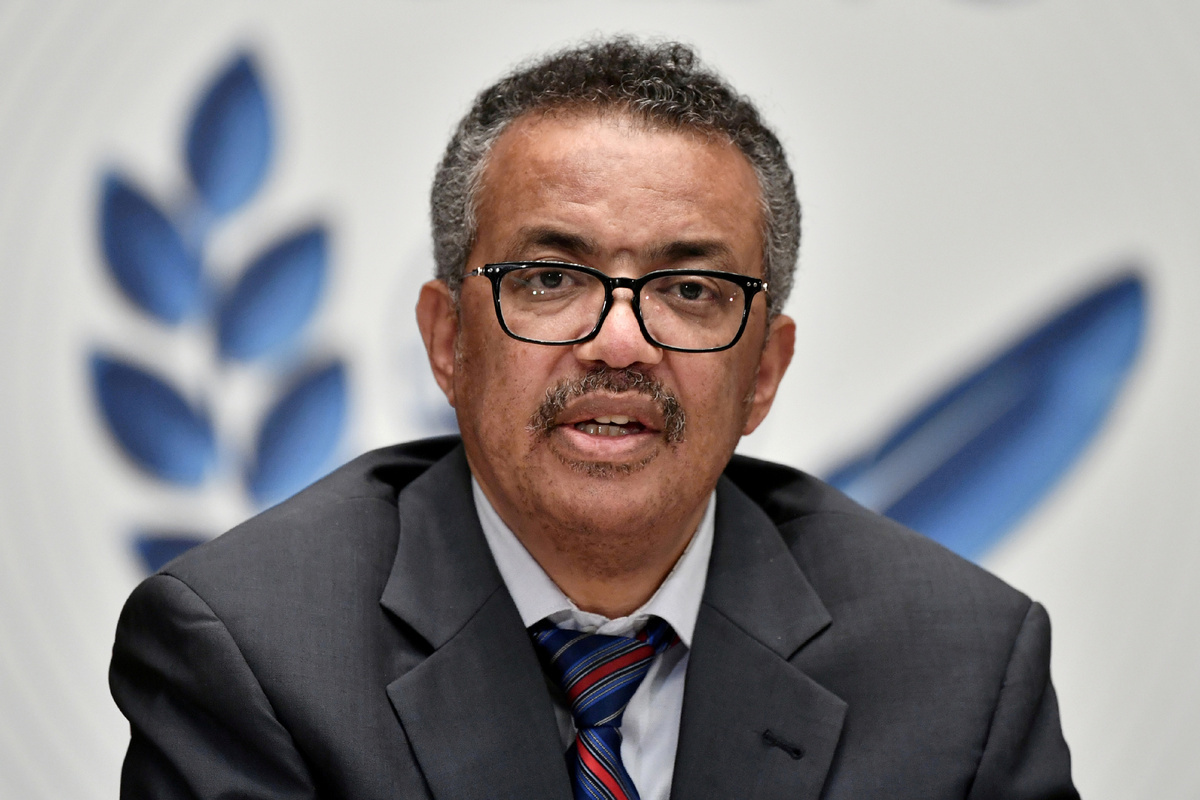 World Health Organization (WHO) Director-General Tedros Adhanom Ghebreyesus attends a news conference organized by Geneva Association of United Nations Correspondents (ACANU) amid the COVID-19 outbreak, caused by the novel coronavirus, at the WHO headquarters in Geneva Switzerland July 3, 2020. (Photo: Agencies)

A scientist who took part in the international team studying the origins of COVID-19 has expressed surprise and dissatisfaction at remarks made by World Health Organization Director-General Tedros Adhanom Ghebreyesus over the hypothesis that the virus leaked from a laboratory in China.

If the next phase of global source tracing for the virus comes to a deadlock, the WHO must assume its responsibility, said the scientist, who requested anonymity.

The response from the scientist came after Tedros said in a briefing on March 30 that although the team has concluded a laboratory leak is the least likely hypothesis, "this requires further investigation, potentially with additional missions involving specialist experts".

He added he is ready to deploy an additional mission, and "all hypotheses remain on the table" as far as the WHO is concerned.

The WHO director-general has disregarded the hard-won research outcomes and consensuses among the international science community in his remarks, the scientist said.

"It should not be a position held by the WHO," he said, adding pressure from the United States and the WHO hierarchy were palpable during the communication process with international colleagues.

He added there are some forces harboring ulterior motives that use Tedros' remarks to question the authority and scientific nature of the report from the international team. "Experts from the joint team are all very worried and dissatisfied."

An international team of scientists visited Wuhan between Jan 14 and Feb 10 to conduct a COVID-19 origin-tracing study, before releasing a 120-page report on March 30 saying the virus most probably jumped from an animal, potentially a bat or pangolin, to an unknown intermediate animal host and then to humans.

Wang Wenbin, a spokesman for the Foreign Ministry, said the report, which made it clear that it is "extremely unlikely" that the virus spread to humans through a laboratory leak, is highly representative and professional as it was jointly drafted by over 30 top experts globally.

The international team conducted research and drafted its report independently in line with WHO procedures, he said.

Wang added that many international experts have on many occasions underscored that a laboratory leak was extremely unlikely and there was no difficulty in accessing raw data.

"It is important for different sides to respect science and the opinions and conclusions from the scientists, and the WHO should take a leading role in this respect in particular," he said.

The scientist said he does not understand why the WHO chief would make such a statement in spite of the research and consensus among experts.

He explained that the hypothesis that the virus emerged from a laboratory leak was without any scientific basis in the first place, and this was a virtual consensus among the international scientific community.

However, in the spirit of upholding respect for science and with an attitude of staying highly responsible in the source-tracing work, the joint expert team conducted careful research over all relevant hypotheses, the scientist said.

There could only be two hypotheses on the laboratory theory, one being that the virus was artificially synthesized and the other that it was leaked, he said.

The hypotheses the virus was artificially synthesized has already been proved to be impossible under current technological conditions, while the hypotheses about a lab leak could only exist if Chinese labs had the virus in storage, the scientist said.

"If the virus cannot be synthesized within a lab, then how can it be leaked?" he said.

He said the international expert team visited the Wuhan Institute of Virology of the Chinese Academy of Sciences and centers for disease control and prevention in Hubei province and Wuhan, the provincial capital, to learn about the protocols of the lab management and operations and to hold discussions with experts in those areas.

The team conducted antibody tests on the lab workers, and all samples were negative, he said, adding this is more than adequate evidence to prove such speculation groundless.

He also rebutted Tedros' remarks that members of the international team described difficulties they encountered in accessing raw data, saying that Chinese and WHO experts conducted joint research and analysis on data in Wuhan.

"There is no difference for Chinese and foreign experts in access to data. The international expert team has expressed their full understanding, and the two sides have conducted frank exchanges. There were no difficulties over the issue as the director-general has described."