WORLD WHO Europe warns against premature easing of COVID-19 restrictions

WHO Europe warns against premature easing of COVID-19 restrictions

COPENHAGEN, March 18 (Xinhua) - World Health Organization (WHO) Regional Director for Europe Hans Kluge on Thursday warned states in the region not to ease restrictions too early. 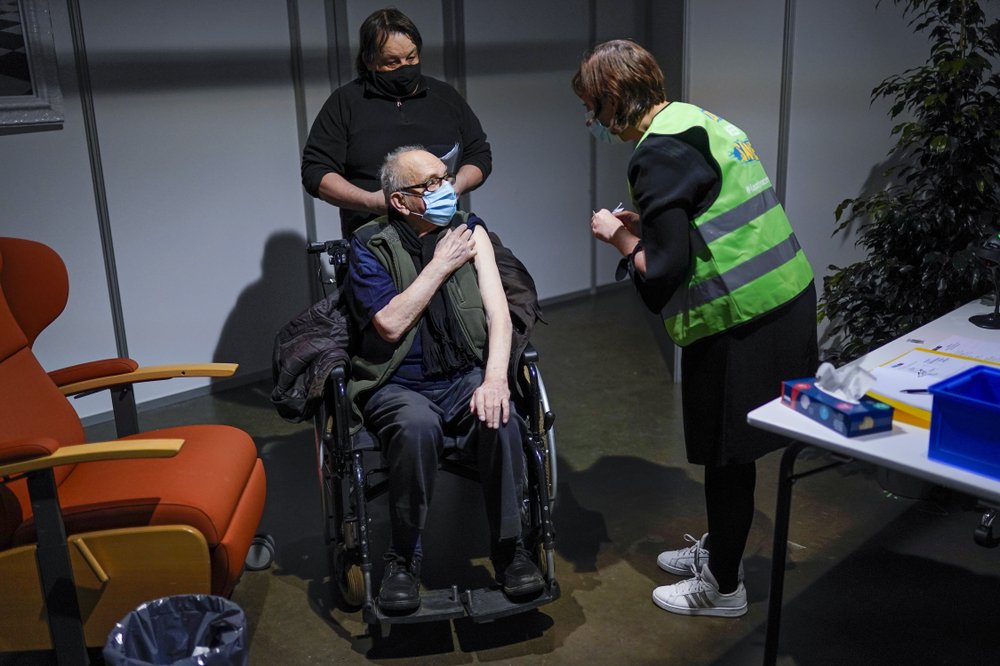 A man receives his first dose of the AstraZeneca COVID-19 vaccine in a mass vaccination site at the Brabanthal event center in Heverlee, Belgium, Wednesday, March 17, 2021. (Photo: AP)

The warning came as the region saw a rise in COVID-19 transmission rates and its death toll towards 1 million since the pandemic began.

Speaking during a virtual press conference here, Kluge noted that "while 27 countries are currently in a partial or full nationwide lockdown, 21 are gradually easing restrictive measures."

"Some are doing so based on the assumption that increasing vaccination uptake in countries would immediately lead to an improved epidemiological situation," he said. "Such assumptions are too early to make."

Kluge stressed that with vaccination coverage in the region ranging from less than 1 percent to 44 percent, it is "far too early to demonstrate the effect of vaccines on overall COVID-19 hospitalization and deaths."

Despite "giant scientific leaps and the introduction of effective tools that give us power over the virus," the WHO official acknowledged that in parts of the region, such as central Europe, the Balkans and the Baltic states, "case incidence, hospitalizations and deaths are now among the highest in the world."

According to Kluge, case incidence in Europe continues its increasing trend, with over 1.2 million new cases reported last week.

"Last week, new deaths in the Region surpassed 900,000. Every week, more than 20,000 people across the Region lose their lives to the virus," said Kluge. "The number of people dying from COVID-19 in Europe is higher now than it was this time last year, reflecting the widespread hold this virus has."

As a consequence of the rising numbers, the regional director called upon states in the region to "remain steadfast in our application of the full range of tools" to fight the coronavirus.

"Let there be no doubt about it, vaccination by itself, particularly given the varied uptake in countries, does not replace public health and social measures," said Kluge. Enditem