WORLD WHO expert group recommends use of AstraZeneca vaccine

WHO expert group recommends use of AstraZeneca vaccine

Independent experts advising the World Health Organization about immunization on Wednesday recommended the use of AstraZeneca's vaccine even in countries that turned up worrying coronavirus variants in their populations. 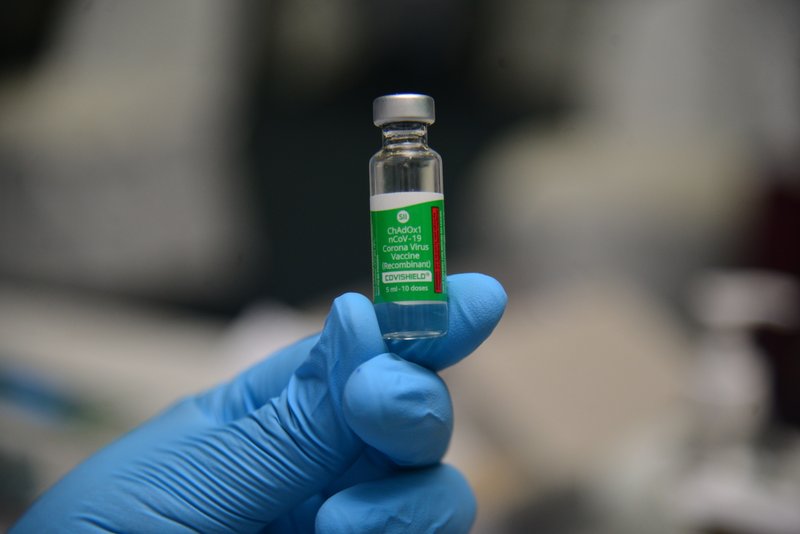 A nurse holds a dose of AstraZeneca vaccine before administering it to a tourist resort employee north of Port Louis, Mauritius, Wednesday Feb. 10, 2021. (Photo: AP)

The WHO experts' advice is used by health care officials worldwide, but doesn't amount to a green light for the United Nations and its partners to ship the vaccine to countries that have signed up to receive the shots through a global initiative. That approval could come after separate WHO group meetings on Friday and Monday to assess whether an emergency-use listing for the AstraZeneca vaccine is warranted.

The AstraZeneca vaccine is important because it forms the bulk of the stockpile acquired so far by the U.N.-backed effort known as COVAX, which aims to deploy coronavirus vaccines to people globally. COVAX plans to start shipping hundreds of millions of doses of the vaccine worldwide later this month, but that is contingent on WHO approval for the shot, vaccine stocks and countries' readiness to receive it.

But the vaccine has faced rising concerns. After an early study suggested that it might be less effective against a variant first seen in South Africa, the South African government scrambled to tweak its COVID-19 vaccination program.

"Even if there is a reduction in the possibility of this vaccine having a full impact in its protection capacity, especially against severe disease, there is no reason not to recommend its use even in countries that have the circulation of the variants," said Dr. Alejandro Cravioto, chair of the WHO's expert group.

Instead of rolling out 1 million AstraZeneca doses as planned, South Africa's health minister said Wednesday that the government would start immunizing health workers with the still-unlicensed shot from Johnson & Johnson.

The expert group's recommendations about the AstraZeneca vaccine, which was developed at Oxford University in Britain, largely mirror those issued earlier by the European Medicines Agency and Britain's drug regulator.

Cravioto said the AstraZeneca vaccine should be used in older age groups despite the lack of solid data, similar to advice from the EMA and Britain.

"That means people over 65 years of age should be given the vaccination," he said.

Countries including Germany, France and Belgium, however, have said the AstraZeneca vaccine should not be used in older people, citing insufficient evidence.

The WHO's chief scientist, Dr. Soumya Swaminathan, noted that the AstraZeneca shot requires storage at refrigerator temperatures — not the far colder temperatures required of the Pfizer-BioNTech vaccine that the group has already recommended for use.

So far, the Pfizer-BioNTech vaccine is the only one to receive a WHO emergency use listing.

The expert group noted that "preliminary analyses" showed the AstraZeneca vaccine had a reduced effectiveness against coronavirus variants that have emerged in Britain and South Africa. Still, the studies were too small to produce definitive results and scientists think the vaccines might still be helpful in reducing severe disease, which would greatly slow the pandemic.

"Any decision to leave vulnerable populations completely unprotected is a risky decision at this point in time," said Michael Head, a senior research fellow at the University of Southampton. "Therefore, it is good to see the WHO recommend the use of the Oxford AstraZeneca vaccine in all ages groups, including older populations," he said in a statement.

The WHO's expert group also said international travelers shouldn't get preference for vaccine doses, saying that would "counter the principle of equity" while adding there was no evidence yet about whether vaccinations reduced transmission.