WHO expert says 'corona passport' not recommended but 'maybe unavoidable'

As COVID-19 transmission rates once again begin to rise across the European region, World Health Organization (WHO) Regional Director for Europe Hans Kluge on Thursday urged the region to return to basics when dealing with the pandemic. 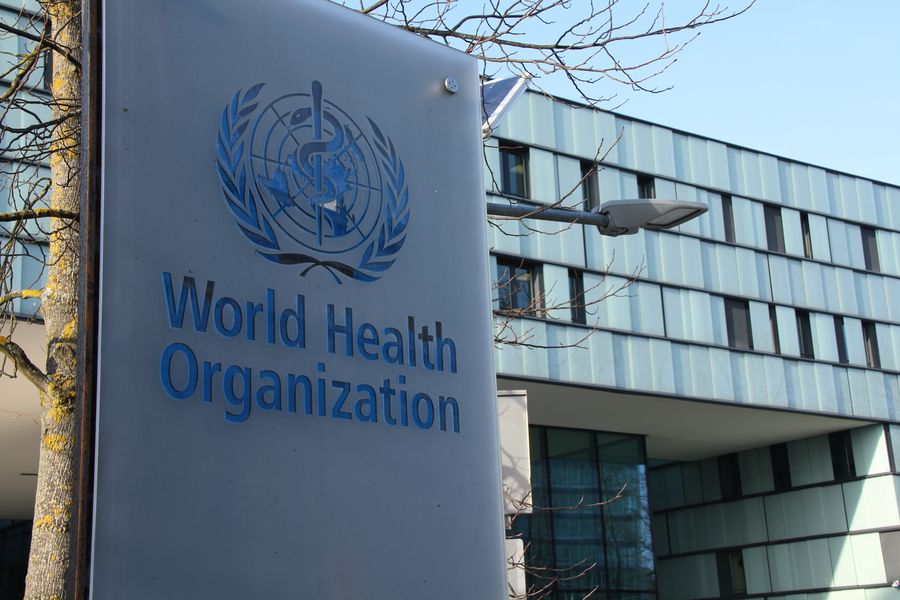 Photo taken on Jan. 22, 2020 shows an exterior view of the headquarters of the World Health Organization (WHO) in Geneva, Switzerland. (Xinhua/Liu Qu)

As new cases of COVID-19 in Europe rose 9 percent to just above one million, it brought to an end a six-week decline in new cases and the stark realization that variants were making significant headway in the region, Kluge said during a virtual press conference here.

"We are seeing a resurgence in central and Eastern Europe. New cases are also on the rise in several western European countries where rates were already high."

However, the WHO official declined to offer the support to the creation of "corona passports" many countries in the EU have been mulling over.

"WHO does not recommend passports, but I also believe that as we see already, somehow, it may be unavoidable," said Kluge.

While acknowledging the "feasibility, and the desirability" of corona passports, Kluge told Xinhua that the "passports" came with "some caveats."

"From a scientific point of view, how long does a vaccine give immunity? It is not so clear yet. And if you get a vaccine, it protects you but does not necessarily stop transmission. So it's not a watertight thing."

According to Kluge, the overarching concern for the WHO was rather an intelligent access to vaccines that would help to reduce vaccine inequality.

"What WHO is taking forward is a smart vaccination consumption. It is on the digital certification because it is important that whoever is vaccinated, there is a document there."

Kluge further reiterated that the WHO followed the international health regulations when it came to travel and trade and saw discussions on the issue of a passport as ongoing.

"The passport itself is not recommended by WHO. The certificate, of course, yes. And a number of very important considerations, which need to be taken into account."

Meanwhile, the WHO Regional Director called for the need to return to "basics" using tools such as increased vigilance, improved testing, focus on prevention, re-engagement with communities, evidence-driven re-openings and an accelerated roll-out of vaccines if the region was to again drive back the coronavirus and its variants.