The world should be able to rein in the coronavirus pandemic in less than two years, the World Health Organization said on Friday, as European nations battled rising numbers of new cases. 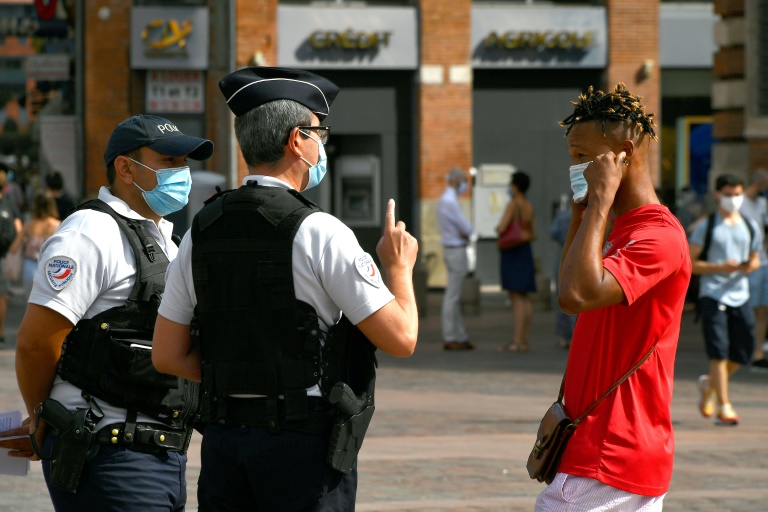 Western Europe has been enduring the kind of infection levels not seen in many months, particularly in Germany, France, Spain and Italy -- sparking fears of a full-fledged second wave.

In the Spanish capital Madrid, officials recommended people in the most affected areas stay at home to help curb the spread as the country registered more than 8,000 new cases in 24 hours.

France also reported a second consecutive day of more than 4,000 new cases -- numbers not seen since May -- with metropolitan areas accounting for most of those infections.

But WHO chief Tedros Adhanom Ghebreyesus sought to draw favourable comparisons with the notorious flu pandemic of 1918.

"We have a disadvantage of globalisation, closeness, connectedness, but an advantage of better technology, so we hope to finish this pandemic before less than two years," he told reporters.

By "utilising the available tools to the maximum and hoping that we can have additional tools like vaccines, I think we can finish it in a shorter time than the 1918 flu", he said.

The WHO also recommended children over 12 years old now use masks in the same situations as adults as the use of face coverings increases to stop the virus spread.

With no usable vaccine yet available, the most prominent tool governments have at their disposal is to confine their populations or enforce social distancing.

Lebanon is the latest country to reintroduce severe restrictions, beginning two weeks of measures on Friday including nighttime curfews to tamp down a rise in infections, which comes as the country is still dealing with the shock from a huge explosion in the capital Beirut that killed dozens earlier this month.

"What now? On top of this disaster, a coronavirus catastrophe?" said 55-year-old Roxane Moukarzel in Beirut.

Officials fear Lebanon's fragile health system would struggle to cope with a further spike in COVID-19 cases, especially after some hospitals near the port were damaged in the explosion.

The Americas have borne the brunt of the virus in health terms, accounting for more than half of the world's fatalities.

"We lead the world in deaths," said Joe Biden while accepting the Democratic nomination for the US presidential election late on Thursday.

He said he would implement a national plan to fight the pandemic on his first day in office if elected in November.

"We'll take the muzzle off our experts so the public gets the information they need and deserve -- honest, unvarnished truth," he said.

Still, new daily cases of the coronavirus have been dropping sharply in the United States for weeks -- but experts are unsure if Americans will have the discipline to bring the epidemic under control.

After exceeding 70,000 confirmed infections per day in July, the country recorded 43,000 cases on Thursday.

Further south, Latin American countries were counting the wider costs of the pandemic -- the region not only suffering the most deaths, but also an expansion of criminal activity and rising poverty.

Without an effective political reaction, "at a regional level we can talk about a regression of up to 10 years in the levels of multidimensional poverty", Luis Felipe Lopez-Calva of the UN Development Programme told AFP.

But the WHO said the coronavirus pandemic appeared to be stabilising in Brazil -- one of the world's worst hit countries -- and any reversal of its rampant spread in the vast country would be "a success for the world".

Economies around the globe have been ravaged by the pandemic, which has infected more than 22 million and killed nearly 800,000 since it emerged in China late last year.

New financial figures laid bear the huge cost of the pandemic in Britain, where government debt soared past £2 trillion ($2.6 trillion) for the first time in the UK after a massive programme of state borrowing for furlough schemes and other measures designed to prop up the economy.

"Without that support things would have been far worse," said Finance Minister Rishi Sunak.

Even Germany, famed for its financial prudence, was waking up to a new reality with Finance Minister Olaf Scholz conceding his country would need to continue borrowing at a high level next year to deal with the virus fallout.

Western European politicians are also beginning to ramp up restrictions to tackle infections that are rising to levels not seen for months.

While Spain has responded with confinement measures and Germany with updated travel guidelines, putting Brussels on its list of risk zones, the UK is now watching clusters in northern England and suggesting some towns could soon face lockdown.

"To prevent a second peak and keep Covid-19 under control, we need robust, targeted intervention where we see a spike in cases," said health secretary Matt Hancock.