WORLD Who is Brett Kavanaugh?

Who is Brett Kavanaugh? 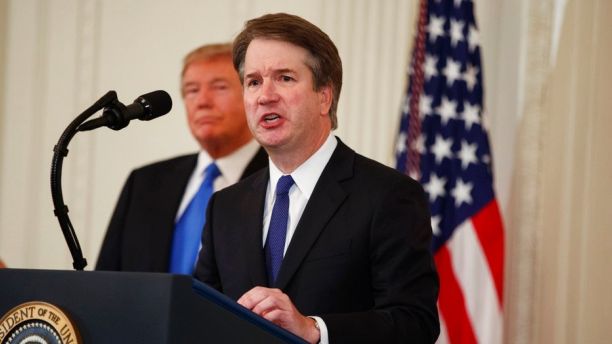 Brett Kavanaugh is a 53-year-old federal appellate judge from Maryland. Kavanaugh, a conservative judge on the list of potential Supreme Court nominees, was nominated by US President Donald Trump to replace retiring Justice Anthony Kennedy on the Supreme Court.

Kavanaugh attended Yale University and Yale Law School, and is a friend of Chief Justice John G. Roberts Jr. He was a White House lawyer in the 1990s before becoming associate counsel, then senior associate counsel from 2001 to 2002. Kavanaugh was assistant to the president and staff secretary from 2003 to 2006 before moving on to serve as a judge on the United States Court of Appeals for the D.C. Circuit.

Kavanaugh became known for two Clinton-era events in which he played a crucial role. The appellate judge led the Whitewater independent counsel’s inquiry into the death of the Clinton White House counsel Vincent W. Foster Jr., and later wrote much of the Starr report regarding President Clinton’s relationship with Monica Lewinsky.

Kavanaugh was previously a clerk to retiring Justice Kennedy, making him an unfavorable nominee to many Republicans who want a conservative majority on the court. Although the majority of his opinions are conservative, not all of Kavanaugh’s decisions have fallen neatly within party lines. In 2011, he said that the court could not call Obamacare’s health insurance mandate unconstitutional until it had actually gone into effect.

Kavanaugh’s nomination to the Supreme Court will no doubt stir up a storm in the Senate where Republicans have a 51-49 majority.