WHO predicts Ebola outbreak in DR Congo could end soon

The director-general of the World Health Organization (WHO) said Sunday he believed a swift end could be put to the outbreak of Ebola in northwestern DR Congo, some 21 days which has left 27 people dead over the past month. 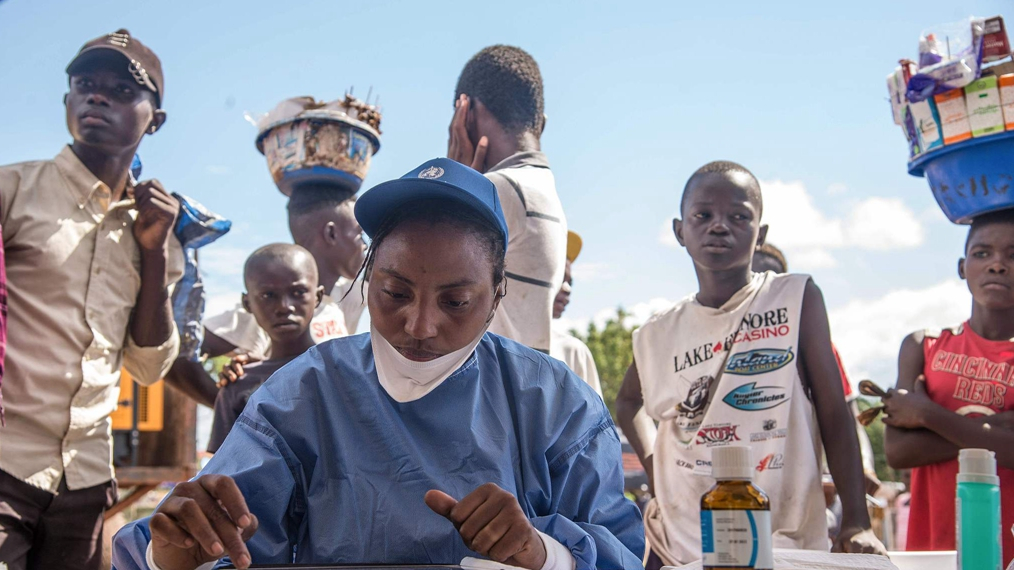 "I am cautiously optimistic that we shall be able to bring it to an end soon," Doctor Tedros Adhanom Ghebreyesus told reporters at Kinshasa airport.

Earlier, he had tweeted that "it’s far too early to declare victory in the #Ebola outbreak. But the signals are positive and we are cautiously optimistic."

His comments come after the WHO and NGOs since May 21 began helping the Democratic Republic of Congo immunize front-line workers with a vaccine that has shown to be highly effective in trials, though it still awaits regulatory approval.

A total of 1,369 people have received the experimental vaccine since May 21, the ministry said on June 6. 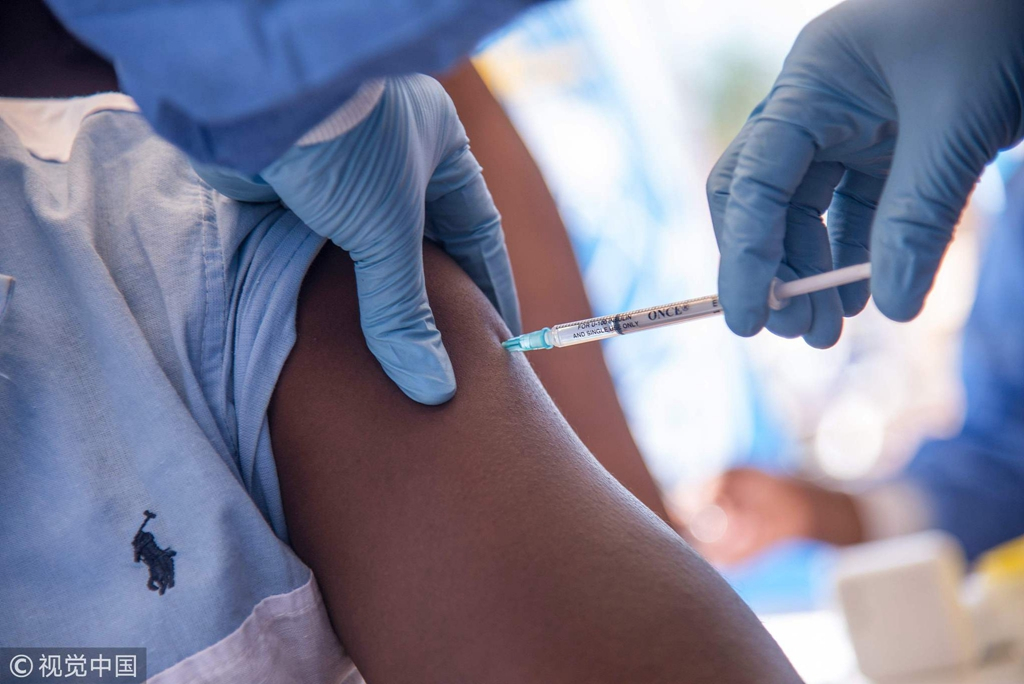 A World Health Organization (WHO) worker administers a vaccination during the launch of a campaign aimed at beating an outbreak of Ebola in the port city of Mbandaka, Democratic Republic of Congo, May 21, 2018. (Photos: VCG)

Tedros is on an "evaluation" visit to the country as the WHO monitors the progress of surveillance teams of epidemiologists working to assess the situation after local authorities declared the outbreak in a remote part of the province of Equateur on May 8.

On Thursday the WHO gave a total of 59 confirmed, probable and suspected Ebola cases, of which 27 people had died with one new case confirmed on June 6.

Tedros noted the cases were in "places which are not very accessible" and that the epidemiologists were going from village to village as they battled the logistical difficulties of covering ground as swiftly as they could.

Bikoro is some 100 kilometers (62.5 miles) from regional center Mbandaka and 600 km from Kinshasa, near the border with Congo-Brazzaville.

The outbreak is DR Congo's ninth since the first in 1976.

Top image: Nurses working with the World Health Organization (WHO) prepare to administer vaccines at the town hall of Mbandaka on May 21, 2018, during the launch of the Ebola vaccination campaign.