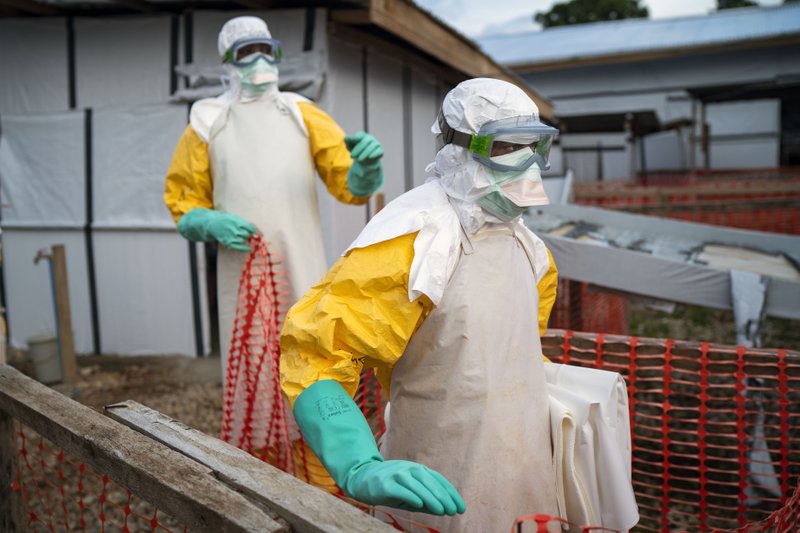 GENEVA, Nov. 12 (Xinhua) -- The World Health Organization (WHO) prequalified on Tuesday an Ebola vaccine for the first time, soon after the European Commission granted green light for its conditional marketing, hoping to speed up its licensing, access and roll-out in countries most at risk of Ebola outbreaks.

The injectable Ebola vaccine, Ervebo, is manufactured by Merck, known as MSD outside the U.S. and Canada. It has been shown to be effective in protecting people from the Ebola Zaire virus and is recommended by the WHO Strategic Advisory Group of Experts (SAGE) for vaccines as part of a broader set of Ebola response tools.

Prequalification means that the vaccine meets WHO standards for quality, safety and efficacy. United Nations agencies and Gavi, the Vaccine Alliance, can procure the vaccine for at-risk countries based on this WHO recommendation.

It's the fastest vaccine prequalification process ever conducted by WHO, which is a step towards greater availability of the vaccine in the future, though licensed doses will only be available mid-2020.

The WHO decision comes less than 48 hours after the European Commission granted a conditional marketing authorization for the vaccine, following the recommendation from the European Medicines Agency (EMA).

"This is a historic step towards ensuring the people who most need it are able to access this life-saving vaccine," said Tedros Adhanom Ghebreyesus, director-general of WHO. "With a prequalified vaccine and experimental therapeutics, Ebola is now preventable and treatable."

The WHO is now facilitating licensing of the vaccine for use in countries at risk of Ebola outbreaks, while many African regulators have indicated they would quickly license the vaccine following the WHO recommendation.