GENEVA, March 15 (Xinhua) -- The World Health Organization (WHO) said on Monday that it was still conducting its safety review of the AstraZeneca/Oxford COVID-19 vaccine as France, Italy, Spain and Germany have joined the group of countries that have suspended the use of this jab following reports that some recipients developed blood clots and died after being vaccinated. 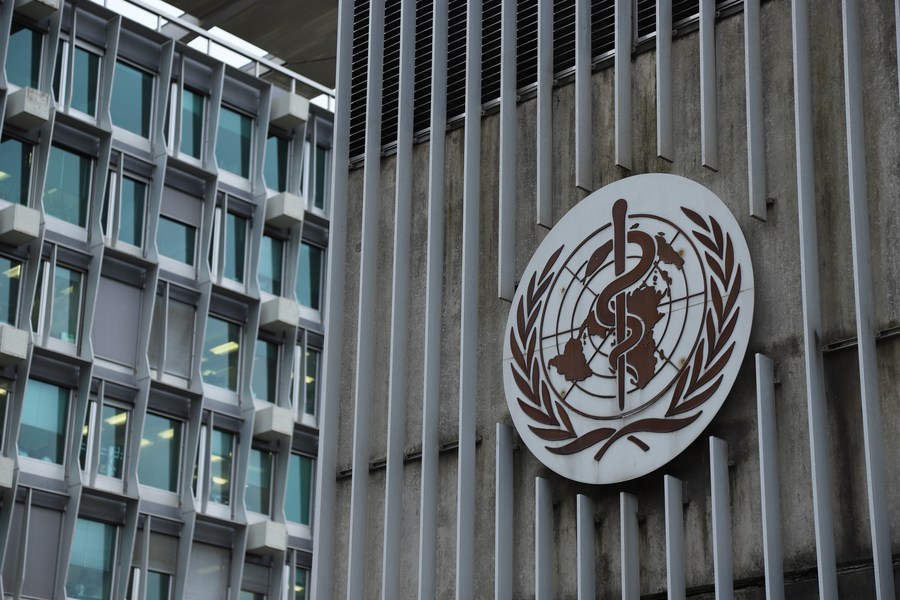 Photo taken on Jan. 30, 2020 shows the headquarters of the World Health Organization (WHO) in Geneva, Switzerland. (Xinhua/Chen Junxia)

Since Friday, "several countries have suspended the use of AstraZeneca vaccine as a precautionary measure after reports of blood clots in people who had received the vaccine from two batches produced in Europe," said WHO Director-General Tedros Adhanom Ghebreyesus at a press briefing here.

However, he added that "this does not necessarily mean these events are linked to vaccination, but it's routine practice to investigate them and it shows that the surveillance system works and that effective controls are in place."

He emphasized that the WHO's Global Advisory Committee on Vaccine Safety has been reviewing the available data, is in close contact with the European Medicines Agency (EMA) and will meet on Tuesday. 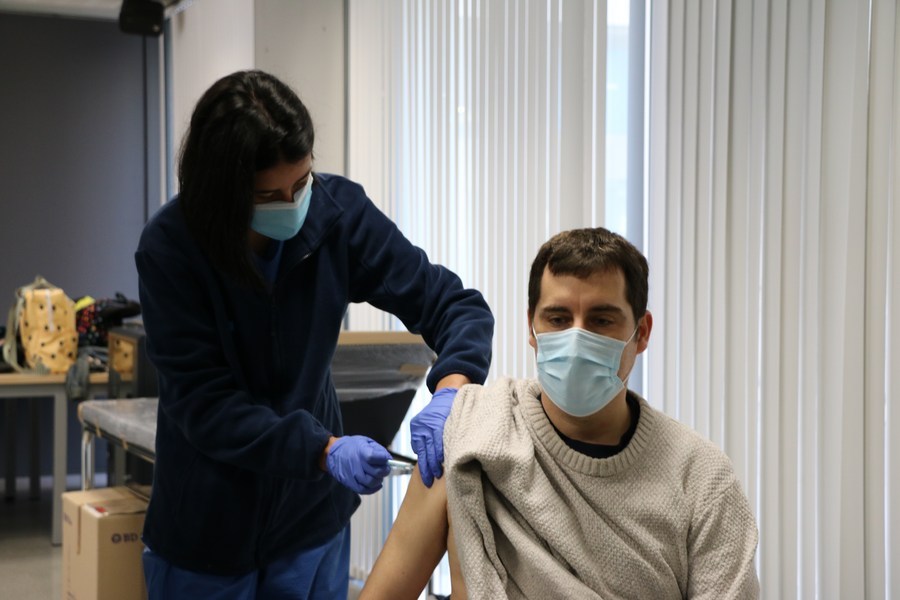 A staff member receives a dose of COVID-19 vaccine at the Faculty of Geography and History of the University of Barcelona in Barcelona, Spain on Feb. 24, 2021. (Photo by Ismael Peracaula/Xinhua)

Earlier on Monday, France, Germany and Spain decided to suspend the use of the AstraZeneca/Oxford COVID-19 vaccine as a "precautionary measure" pending an assessment by the EMA, which authorized its use in the European Union (EU) on Jan. 29.

Tedros said that "the greatest threat that most countries face now is lack of access to vaccines," as "some of the world's richest countries are buying enough vaccines to immunize their populations several times over," while many other countries have nothing.

The WHO chief continued to call on all countries to work in solidarity to ensure that vaccination begins within the first 100 days of this year. "No country can simply vaccinate its way out of this pandemic alone. We are all in this together," he said. 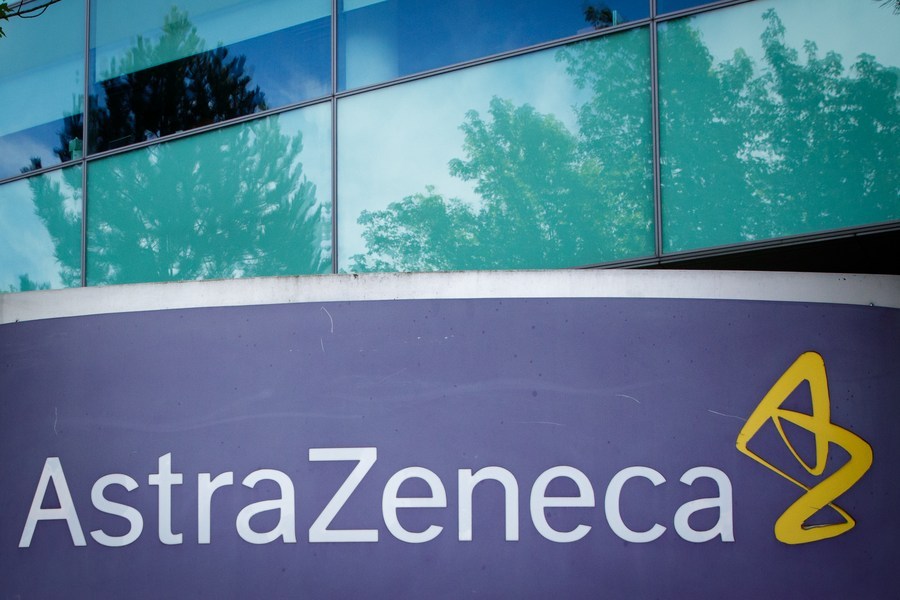 Photo taken on May 18, 2020 shows a logo in front of AstraZeneca's building in Luton, Britain. (Photo by Tim Ireland/Xinhua)■