WORLD Who's doing what in the anti-IS coalition

Who's doing what in the anti-IS coalition 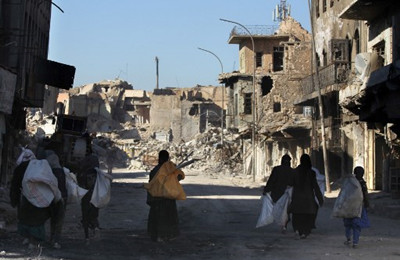 The international coalition fighting the Islamic State group was formed in late 2014 and has since conducted thousands of bombing missions while also helping train local forces on the ground.

Though it is made up of 74 nations and organizations, the coalition is a US-led and dominated enterprise.

The United States is by far the largest contributor to the coalition, and has conducted the bulk of the more than 25,000 strikes in Iraq and Syria.

Here is a look at what some of the other larger countries in the alliance are doing as the coalition focuses on stabilization efforts to prevent a return of IS.

The French military has just pulled two of the 12 Rafale fighters it had operating in the region, but for now is keeping the rest in theater.

Officials say they will be used for intelligence gathering and surveillance.

Royal Air Force aircraft have flown more than 10,400 missions and carried out over 1,700 strikes against IS in Iraq and Syria since 2014.

Over 600 British soldiers are on the ground in Iraq helping to train security forces.

A group of 20 Canadian army engineers has started training the Iraqi security forces in dealing with booby traps and mines, and the Canadians have a special operations contingent working in Iraq.

The Royal Canadian Air Force also has two CC-130J Hercules transport aircraft to Iraq and has an air tanker in the region.

While the hornets are returning, a Wedgetail Airborne Early Warning and Control aircraft and a refueling plane will continue to support coalition operations and around 380 personnel will stay to train Iraqi forces.

Italy has sent 1,400 soldiers to Iraq, 500 of them deployed to protect the Mosul dam.

With work at the dam wrapping up, these troops are likely to be replaced by trainers to help local police forces.

Italy's carabinieri military police force has already rotated scores of trainers into Iraq and has instructed about 30,000 Iraqi police officers.