WORLD Who's in the frame to replace Haley as US envoy to UN?

Who's in the frame to replace Haley as US envoy to UN? 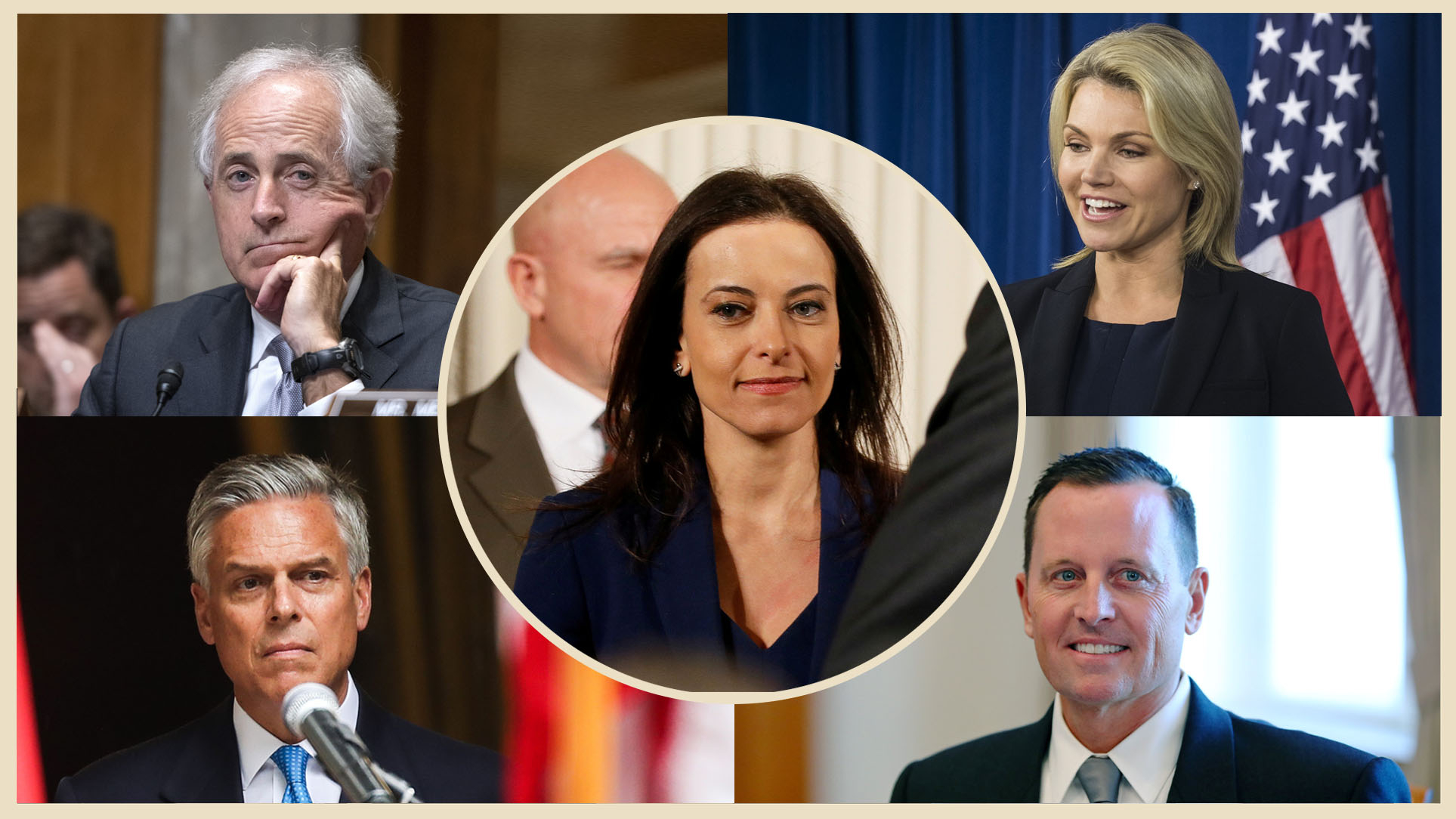 The shock resignation of Nikki Haley, US ambassador to the United Nations, immediately led to speculation about her motivations for stepping down -- and who will replace her.

What's next for Haley?

Haley, who will serve until the end of the year, was seen as a moderating force on US President Donald Trump and is frequently linked to a run for the White House.

Sitting alongside Trump on Tuesday, Haley was vague about her reasons for quitting but insisted she would not challenge the president in the 2020 Republican primaries.

In 2024 -- or if Trump were not to run in the next cycle -- the 46-year-old would be in a strong position to bid for the White House. Alternatively, she could boost the Trump ticket in 2020 if the president decided to replace current US Vice President Mike Pence.

The former South Carolina governor is popular with both Republicans and Democrats -- in part a consequence of staying clear of partisan politics at the UN -- an almost unique position in the current political environment.

A Quinnipiac poll in late April put Haley's net approval rating at +46 overall and +32 among Democrats. In the same poll, Trump was -15 overall and -87 with Democrats.

She has also been linked with a move to the Senate to replace Lindsay Graham, who is rumored to be Trump's top choice to take over from Jeff Sessions as attorney general after November's midterm elections.

A role in the private sector is likely to be on the cards for Haley in the immediate future, however.

Who's in the frame?

Eyes are already turning to candidates to replace Haley. Whoever is nominated will require confirmation from the Senate in the next session of Congress.

Trump has said he will name a replacement in the coming weeks, with several figures in contention.

Powell, who recently quit as Trump's deputy national security adviser to return to Goldman Sachs, had spells in the state department and White House under George W. Bush. She was name-checked by the president on Tuesday evening and is said to be close to the Trump family, but has been criticized by some conservatives for a "globalist" outlook.

The former ambassador to China, current ambassador to Russia and one-time Republican presidential hopeful, is seen as a safe and experienced pair of hands. He would also likely receive cross-party support.

Grenell is the recently-appointed US ambassador to Germany, who served as spokesman for the US mission to the UN during the George W. Bush administration -- under current National Security Advisor John Bolton. He's well-liked by the Trump base and the president mentioned him on Tuesday, but added "I'd personally like to keep him where he is."

The retiring Republican senator is the current chair of the Senate Foreign Relations Committee but has had a difficult relationship with Trump. He refused to rule himself out on Tuesday evening after his name was pushed by colleagues.

Nauert, a former Fox News host and State Department spokeswoman, is current acting Under Secretary for Public Diplomacy and Public Affairs and a favorite of the right.

Trump said on Tuesday that his daughter Ivanka would be "dynamite" in the role of UN ambassador, but she later tweeted that the "formidable replacement" for Haley "will not be me."

Kelly Craft, the US ambassador to Canada, and Brian Hook, a senior State Department adviser, have also been mentioned as possible candidates -- and of course, Trump could have a surprise candidate in mind.