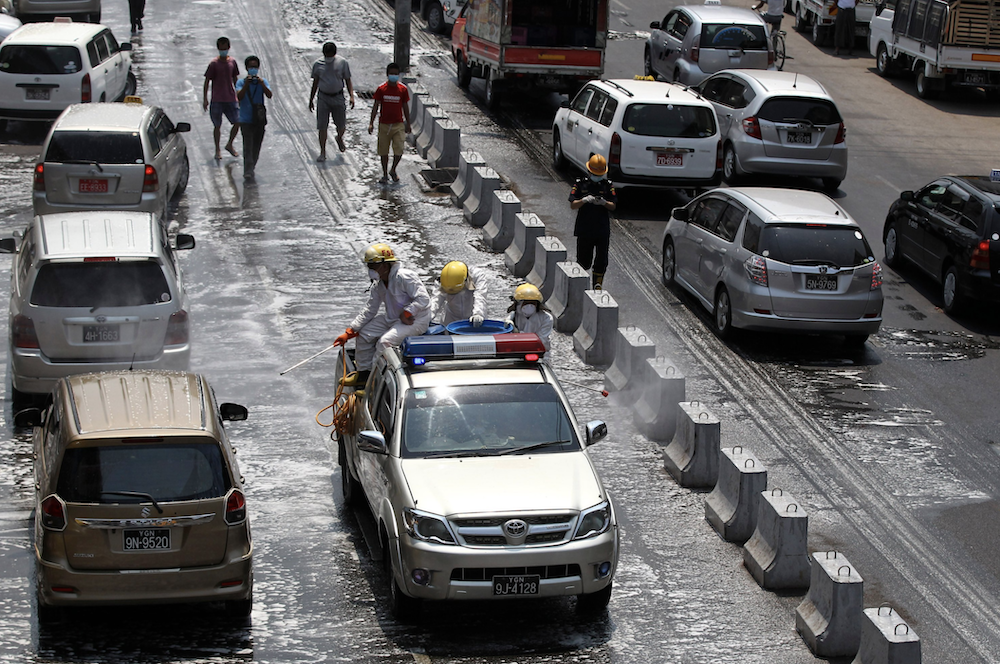 The fire department sprays disinfectant on the road on Tuesday in Yangon, Myanmar, April 21, 2020. (Photo: AP)

With a driver and a health worker aboard, the vehicle transporting the samples to the national laboratory in Yangon was attacked by the armed group near Yarmaung bridge in Minbya township of Rakhine state on Monday evening.

The two on board were injured and sent to township hospital for treatment.

The United Nations Myanmar Tuesday confirmed the death of the driver on their Facebook page.

Founded in 2009, the Arakan Army is a Rakhine armed group and the armed wing of the United League of Arakan.