The World Health Organization on Wednesday warned that the coronavirus crisis will not end any time soon, with many countries only in the early stages of the fight, as the global death toll surpassed 180,000. 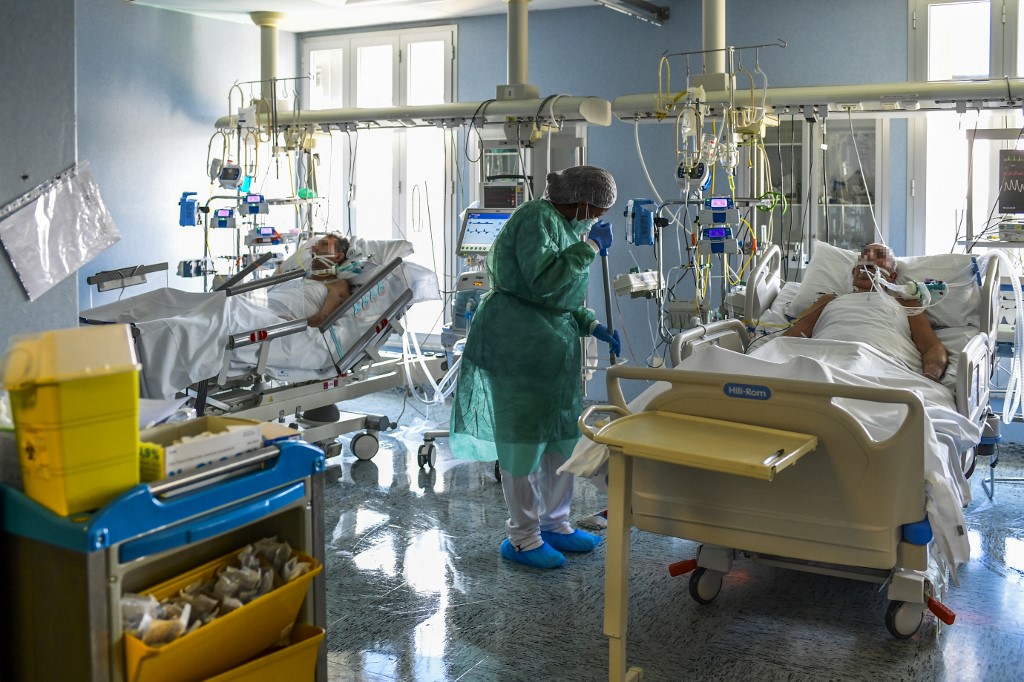 A worker of the Cremona hospital cleaning staff, is pictured during her work as patients are lying in bed at the Covid-19 intensive therapy area on April 22, 2020 in Cremona, Italy. (Photo: AFP)

The pandemic has sparked not only a health emergency, but a global economic rout, with businesses struggling to survive, millions left jobless, and millions more facing starvation.

US President Donald Trump -- with an eye on widespread unemployment and his re-election prospects in November -- signed an executive order suspending the issuance of green cards for 60 days.

Health experts in the world's biggest economy warned it could face a complicated second coronavirus wave if it dovetails with the seasonal flu this winter, as some US states moved to reopen select businesses.

Nations around the world have been scrambling to fight the pandemic -- which has killed more than 180,000 people and infected nearly 2.6 million worldwide -- while desperately seeking ways to limit the devastating economic fallout.

As some countries have moved to lift lockdown restrictions that have upended daily life around the globe, WHO chief Tedros Adhanom Ghebreyesus issued a sober warning.

"Make no mistake: we have a long way to go. This virus will be with us for a long time," Tedros told a virtual press conference.

"Most countries are still in the early stages of their epidemics. And some that were affected early in the pandemic are now starting to see a resurgence in cases."

Worst-hit region Europe saw its death toll climb to another grim milestone of 110,000, while fatalities in Italy, the hardest hit country behind the United States, topped 25,000.

Finland said it would maintain a ban on gatherings of more than 500 people through July.

In Spain, which reported a slight increase for the second day running in the number of COVID-19 deaths, the government said it did not expect to lift its strict lockdown until mid-May.

"We must be incredibly careful in this phase," Prime Minister Pedro Sanchez said.