WORLD WHO warns of 'accelerating' pandemic as Brazil reaches 50,000 deaths

WHO warns of 'accelerating' pandemic as Brazil reaches 50,000 deaths 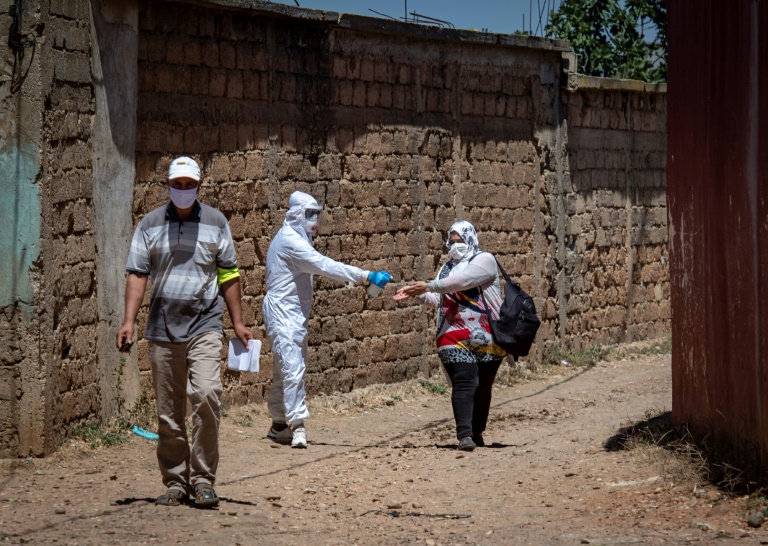 The World Health Organization sent out a fresh warning on Monday over the dangers of the new coronavirus even as France returned to life by staging an annual music festival and sending millions of children back to school.

In spite of numerous European countries further easing their lockdown restrictions, cases around the world are rising especially in Latin America with Brazil now registering over 50,000 deaths.

There are also fears of a second wave with Australians being warned against travelling to Melbourne.

"We know that the pandemic is much more than a health crisis, it is an economic crisis, a social crisis and in many countries a political crisis.

"Its effects will be felt for decades to come."

Ghebreyesus said the greatest threat facing the world is not the virus itself, which has now killed over 465,000 people and infected nearly nine million worldwide, but "the lack of global solidarity and global leadership".

"We cannot defeat this pandemic with a divided world," he said. "The politicisation of the pandemic has exacerbated it."

Brazil falls into that bracket with President Jair Bolsonaro comparing the virus to a "little flu" and arguing that the economic impact of shutdowns is often worse than the virus itself.

Brazil is the second worst-affected country behind the United States, another country where political infighting has prevented a unified policy to handle the virus.

The spread of COVID-19 is accelerating across Latin America, with Mexico, Peru and Chile also hard-hit as death tolls soar and healthcare facilities are pushed toward collapse.

In Europe, meanwhile, the feelgood factor continues as countries ease their lockdown restrictions.

Thousands of French danced and partied well into Monday for an annual music festival, in the first big blow out since the lockdown.

Revellers packed the streets of Paris, most shunning masks and social distancing, to enjoy concerts in cafes and on street corners.

Although none of the usual extravaganzas were held beyond what French electronic music legend Jean-Michel Jarre billed as the world's first live virtual "avatar" concert, many felt the authorities were too lax.

"This is not what a gradual end to the lockdown looks like," said Dr Gilbert Deray.

"I understand that the Festival of Music is something of a liberation, but did we really have to have it this year?"

Swimming pools and cinemas also reopened on Monday -- with one cinema opening one minute after midnight for a sneak preview of the upcoming French comedy, "Les Parfums" (The Perfumes).

Children up to the age of 15 also returned to school as attendance was switched from voluntary to compulsory.

Fears remain, however, that the virus, may be on its way back even as countries where infections have ebbed lift their lockdowns to restart battered economies.

Australians were warned Monday to avoid travelling to Melbourne, as the country's second biggest city tightened restrictions over fears of a second wave.

Victoria state has recorded more than 110 cases in the past week -- many of them in Melbourne -- prompting leaders of other regions to warn against visiting the city's six designated virus "hot spots".

Kyrgyzstan also reported a significant rise in coronavirus cases on Monday, less than a month after the Central Asian nation's government lifted restrictions in key cities.

The spike in infections increased nervousness in the business world as markets mostly fell on Monday.

After enjoying a broadly positive week, with equities rallying from their March trough, traders turned cautious on news of a worrying jump in fresh cases in several US states including California, Texas and Florida.

Like rival airlines, Lufthansa was plunged into crisis after efforts to contain the coronavirus brought air travel to a near standstill for several months this year.

Investors are to meet Thursday to sign off on the rescue.

The sporting world has been reemerging from the darkness, although for every step forward it seems to take one back.

Japan announced that up to 5,000 fans will be able to attend football and baseball games from July 10 but the presence of fans at other sporting events, notably in the Balkans, appears to have caused problems.

Montenegro, which had declared itself virus-free, announced a new cluster of cases, predominantly football fans who had travelled to Belgrade to watch the match.