WORLD WHO working closely with China over COVID-19 cases

WHO working closely with China over COVID-19 cases 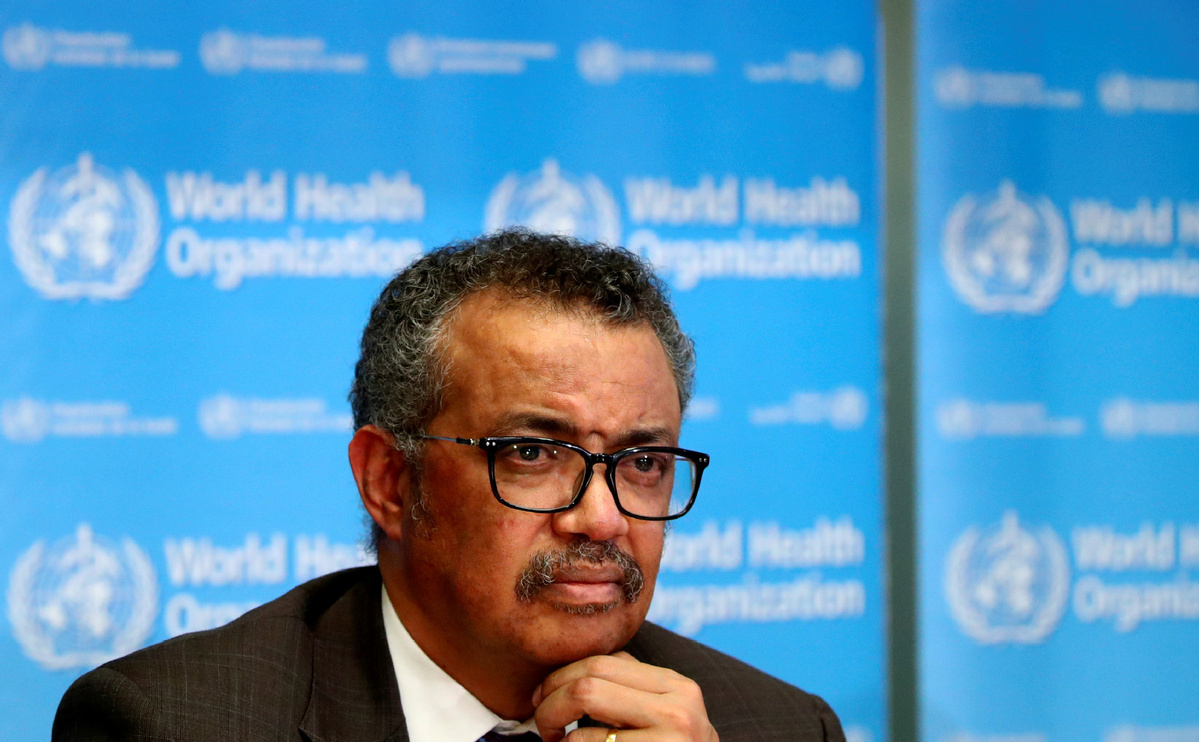 The World Health Organization on Monday expressed concern over the new cluster of COVID-19 cases in Beijing after the Chinese capital experienced 50 days without any significant local transmission.

WHO Director-General Tedros Adhanom Ghebreyesus said that more than 100 cases have now been confirmed since China reported a new cluster of cases in Beijing last week after more than 50 days without a case in that city.

"Even in countries that have demonstrated the ability to suppress transmission, countries must stay alert to the possibility of resurgence," he told a virtual press conference on Monday from Geneva.

"The origin and extent of the outbreak are being investigated," he said.

Michael Ryan, executive director of WHO's Health Emergencies Program, expressed that while every country is different, a cluster like this after 50 days without any significant local transmission is a concern. He called it "big news" and "a significant event".

"(It) needs to be investigated and controlled. And that's exactly what the Chinese authorities are doing," he said.

Ryan said that Chinese authorities, like in South Korea, Japan and many other countries, have learned many lessons in the last six months in how to handle COVID-19 and have significant capacity.

He said that WHO's team in China, based also in Beijing, is working closely with officials from China's National Health Commission and China's CDC (Center for Disease Control) and CDCs around China.

"We have offered further assistance, further support as it is needed. We may be supplementing our country office team with more expertise in the coming days as the investigation develops," he said.

Maria Van Kerkhove, technical lead of WHO's Health Emergencies Program, said that WHO is always concerned with clusters in every country. She explained that it is important to understand why they are clustering, what brought the cases together and whether it's related to an expat dorm, health care facility, long-term care facility or a school or others.

"That will help us understand and bring it under control. So every cluster raises our concern as does in all countries," she said.

She also noted that Chinese officials are taking the cases serious and doing proper investigation.

On Monday, the WHO reported more than 7.8 million cases of COVID-19 worldwide, with more than 430,000 deaths. The United States and Brazil lead in both the number of cases and deaths.

Tedros noted that it took more than two months for the first 100,000 cases to be reported, but for the past two weeks, more than 100,000 new cases have been reported almost every single day.

Almost 75 percent of recent cases come from 10 countries, mostly in the Americas and South Asia, but increasing numbers of cases are seen in Africa, eastern Europe, central Asia and the Middle East, according to the WHO.