WORLD Why China's ties with Arab world set to grow

Why China's ties with Arab world set to grow

CAIRO, Oct. 25 (Xinhua) -- China-Arab cooperation has been thriving in recent years as a result of regular communication and exchanges between the two sides. 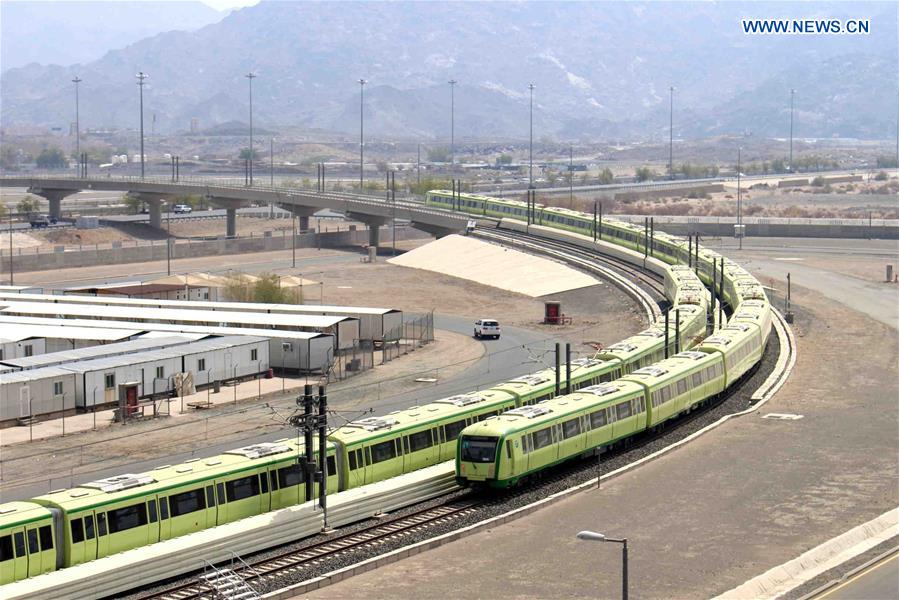 Sharing common interests and development goals, China and various Arab states are expanding their partnerships through a number of mechanisms like regular sessions of the China-Arab States Cooperation Forum as well as state visits made by leaders.

Looking ahead, China and the Arab world are expected to further enhance political and economic cooperation in the name of peaceful development.

In January 2016, the Chinese government issued its first Arab policy paper, which pledged to strengthen China-Arab relations through cooperation in the fields of trade and investment, social development, culture and personnel exchanges as well as security.

Arab nations are important partners in China's aim for a peaceful path of development. The Arab world plays a crucial role in China's desire to strengthen unity and cooperation among developing countries and establish a new type of international relations with win-win cooperation at its core, said the paper.

"China's non-imperial foreign policy that is based on non-interference in other countries' domestic affairs, as well as the Chinese support for Arab causes in general and the Palestinian issue in particular, have given momentum to the growing cooperation between the two sides," Bayoumi told Xinhua.

A week after the paper was issued, Chinese President Xi Jinping made a remarkable tour to Saudi Arabia, Egypt and Iran, and delivered a speech at the Cairo-based Arab League headquarters.

In his speech, Xi said that China supports the Arab world and the greater Middle East in its efforts to solve its problems on its own through development and dialogue.

"The Chinese president's strategic Middle East tour in early 2016 and his significant speech at the Arab League outlined the strategic principles of China's foreign policy towards the Arab world," said Ahmed Qandil, an expert of Asian affairs at Cairo-based Al-Ahram Center for Political and Strategic Studies (ACPSS). 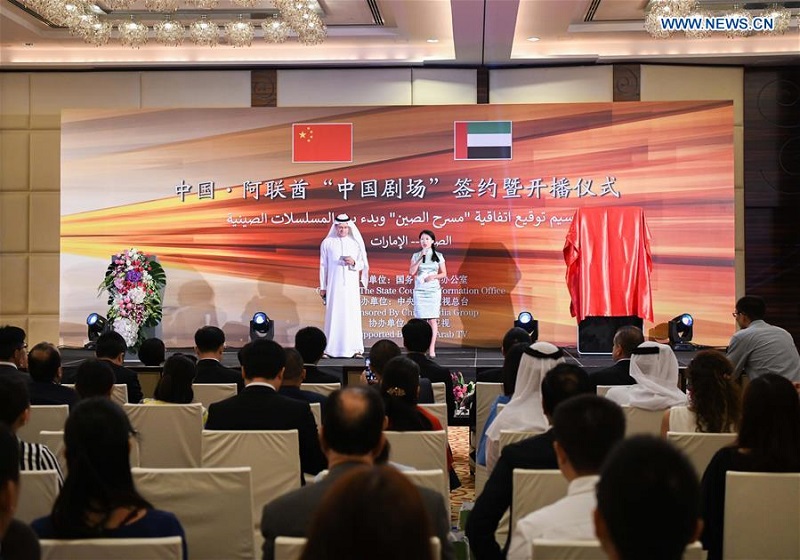 The signing ceremony of "China Theater" broadcasting agreement in Dubai, the UAE on July 14, 2018.

China also signed deals with Egypt to build a power plant in Hamrawein region at the Red Sea coast. The plant will be constructed in six years with investments worth 4.4 billion U.S. dollars.

The plant, the largest of its kind in the Middle East with a production capacity of 6,000 megawatt, is expected to meet environmental standards by using clean coal technology, which will reduce emissions from coal burning, such as carbon dioxide.

In Tunisia, China's power construction company Sinohydro is now working on a large project to build a dam over the Mellegue River to provide major water resources for over 240,000 inhabitants in the country's northwestern province of El Kef. The dam is scheduled to be completed by 2022.

In the Saudi Arabian city of Mecca, the holiest city to Muslims which hosts about 3 million worshippers during annual pilgrimage rituals, China Railway Construction Corporation Limited has built a light railway in 2010 that helps ease traffic congestion and provides a convenient transportation option for pilgrims to move smoothly between the three main destinations.

In the UAE, China's Harbin Electric International has joined hands with Saudi Arabia's ACWA Power in a joint venture to build the Hassyan Clean Coal project in Dubai. The power plant comprises four units that will generate 600 MW each after completion, using ultra-supercritical technology.

In Algeria, China launched in December 2017 the country's first communication satellite, Alcomsat-1, into a preset orbit from the Xichang Satellite Launch Center in China's southwestern province of Sichuan.

The satellite, the first cooperative project in the aerospace industry between the two countries, will be used by Algeria for broadcast and television, emergency communication and satellite-based navigation.

"All the Chinese investments and projects in Egypt, Saudi Arabia, the UAE, Tunisia and other Arab states are the results of summit diplomacy and an approach between Arab and Chinese leaderships motivated by their shared principles and common interests," Bayoumi told Xinhua. 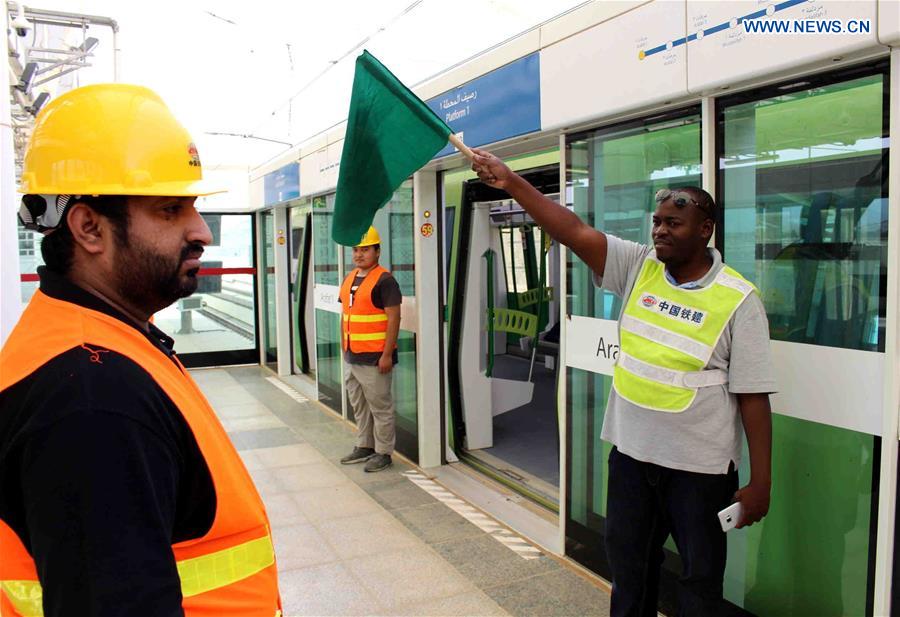 A worker signals during the testing of the Mecca Light Rail in Mecca, Saudi Arabia, on June 20, 2018.

As China approaches developing states with a win-win approach, Arab countries welcome China as a key player in the global economy and world trade, expressing willingness to learn from its development experience.

"I believe that the future of the China-Arab cooperation is promising due to the support of the leaderships of both sides to continue the momentum of their win-win approach," Bayoumi said.

"The Arab states are a large market for the Chinese products and Chinese investments are important for boosting development in Arab countries, in addition to their mutual political support on international and regional issues," he added.

ACPSS researcher Qandil said that Arab leaders are keen on advancing strong ties with China due to the latter's key role in maintaining global peace and security as well as its inspiring development model.

"Arab investors and businessmen are looking forward to further cooperation with their Chinese counterparts too," the expert added.

"I am very optimistic about the future of China-Arab cooperation due to the growing ties and cultural interaction between the two sides, the rising number of learners of the Chinese language in the Arab world and the increasing Chinese tourism in Arab states," Qandil said.