WORLD Why China should not fear US sanctions

Why China should not fear US sanctions 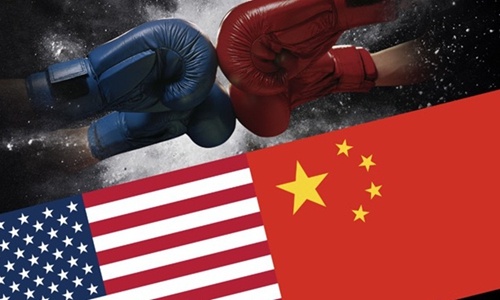 There is no need for the entirety of China, including Hong Kong, to fear the newly released sanctions announced by US President Donald Trump on early Saturday morning Beijing time. Why? Because the US has overly prolonged sanctions toward the Middle Kingdom, meanwhile the options in its toolbox are more like spent arrows now. A majority of Trump's so-called powerful measures are merely bluffing.

Reuters suggested Trump was all bark and no bite during his press conference as he announced nothing substantial. "The market was worried he was going to announce… something detrimental to the US economy. Then as he spoke, it became clear the actions being taken were not going to be as dramatic as originally feared," Reuters quoted Chris Zaccarelli, chief investment officer from the Independent Advisor Alliance in Charlotte, North Carolina, as saying.

Before the press conference began, Trump posted a tweet with only one word, "CHINA!" It made the market quite nervous. Yet after his statement, US stocks closed higher, meaning people generally believe what he announced was not as rigorous as they previously thought.

If Trump wanted to play tough, he would have terminated the phase one China-US trade deal, increased tariffs on Chinese products or announced a timeline of raising tariffs on goods from Hong Kong, putting Hong Kong's products under the same tariffs as that of the Chinese mainland. But he touched upon none of them.

The US presidential election will take place in about five months. For the moment, the US economy is going through a difficult period with negative GDP growth and a record-setting unemployment rate. It has no strength to relaunch its trade war against China. The US has long been enjoying a substantial trade surplus with Hong Kong. Take 2018 for example, the trade surplus of US goods with the city was $31 billion. If the US imposes the same tariffs on Hong Kong's goods with products from the Chinese mainland, the US will suffer losses, which in turn, will threaten Trump's outcome in the upcoming election.

The Trump administration has almost played all of its trump cards on hand without hurting itself. Decoupling will be its last resort. However, the shrinking US high-tech sector, which Washington cherishes the most, has already decoupled with China. Things that the US feels reluctant to sell to China are almost no longer for sale. People-to-people exchanges, which the US keeps a high alert to, have mostly been halted. Driving away all of the Chinese students? Come on, the US yearns to see more Chinese students landing on its soil with money.

The US is in strategic chaos, it's acting on impulse and selfish pursuits of political parties' interests. This is the explanation behind all kinds of US reckless behavior that a major country isn't supposed to display.

The fundamental problems in the US are domestic ones, but the Trump administration isn't solving them, but is inciting more trouble for the US, turning "Make America great again" into another empty slogan.

The Trump administration is playing Russian roulette by linking its China policy with US domestic affairs. It blames China for all its difficulties. Deliberately molding China as its major enemy hasn't resolved its severe problems, but only served to exacerbate them. Having a bunch of politicians who lack strategic vision and are only obsessed with short-term electoral interests is a tragedy for the US.

The US is moving forward on the wrong path. The impact it can create now is obviously less than China's increasing resilience. Be it the trade war or the "battle" over Hong Kong, China is becoming increasingly confident.

The US has made its battle line against China too long, while becoming too ambitious with more  unreasonable moves. Meanwhile, China stands on solid ground witnessing how exhausted the US is and thus filled with more confidence. It is handling aspects of China's national interest well, on just grounds and acting with restraint.