WORLD Why does Haiti have so many earthquakes?

Why does Haiti have so many earthquakes?

More than 700 people have died in Saturday’s 7.2 magnitude earthquake. And the death toll is climbing while hospitals are inundated with the hundreds of injured. 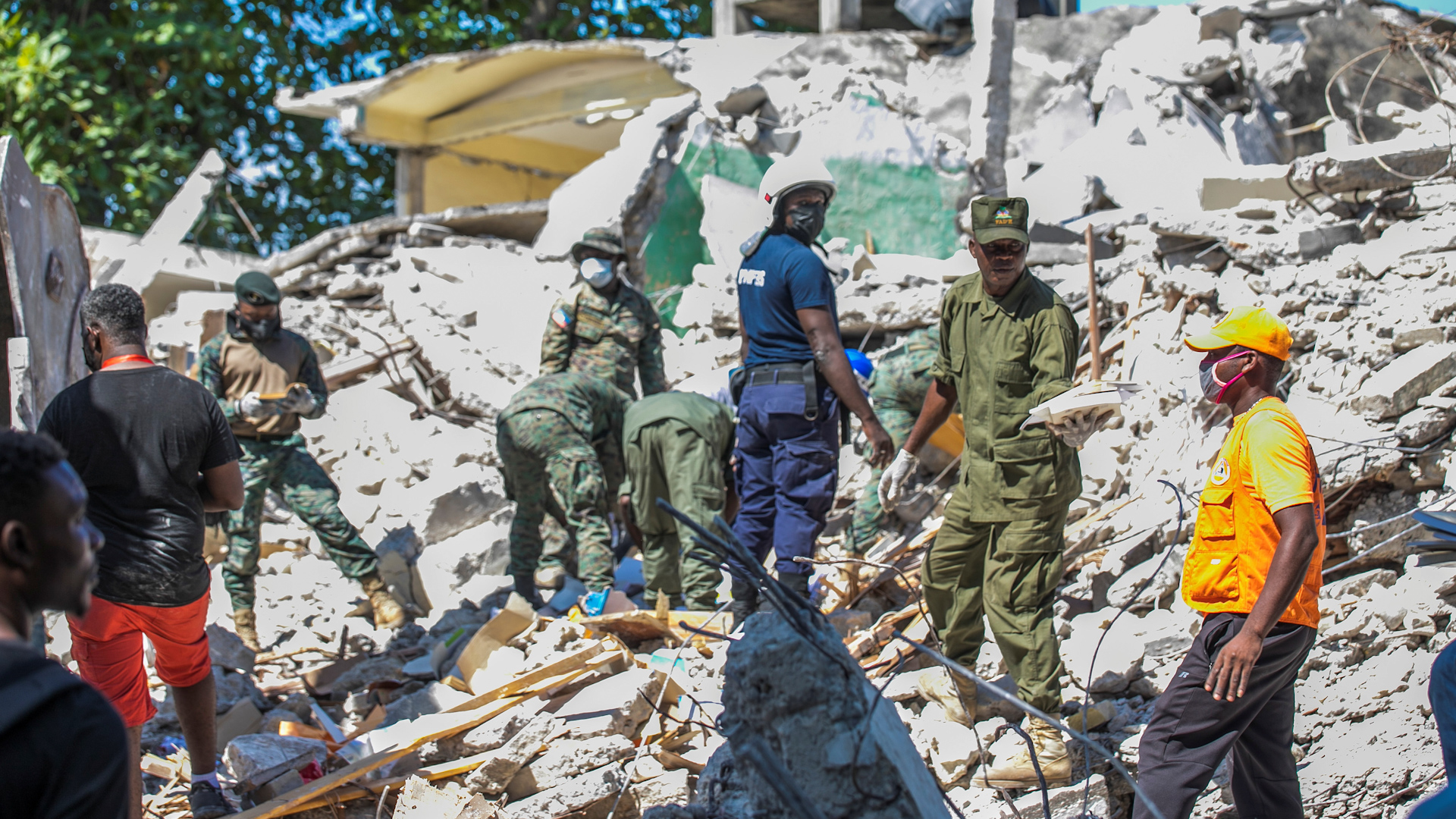 But this isn’t Haiti’s first devastating quake. Its last powerful quake shook the country in 2010.

The region's complex geology is behind why it experienced another spate of deadly convulsions.

Haiti has a long history of quakes because of its position at the edge of the slowly shifting Caribbean tectonic plate.

The movements build stresses in a network of fractures that crisscross the island. And releases that build up through earthquakes.

The island of Hispaniola includes Haiti and the Dominican Republic. Hispaniola sits on top of the Caribbean tectonic plate and is surrounded by numerous other plates.

The Caribbean plate is constantly being pushed and jostled by other ones. As the plates grind against each other, the forces produce the fractures. Haiti’s temblor may have occurred within one of the breaks, known as the Enriquillo-Plantain Garden fault zone.

Analyses of the region after the 2010 quake suggests it increased stresses in two different directions. According to Newdeskarl Saint Fleur, a geophysicist at the University of Haiti, these stresses can also build up at bends in the faults. Saturday’s quake may have struck at one of these curves.

While scientifically Haiti is a hotbed for the natural disaster, the devastation is magnified by its poor infrastructure. The buildings are not made to handle the earth-shattering rattles. Many structures use sub-par materials, including concrete, which is inexpensive and needed to create heavy walls and roofs that resist hurricane winds. But the concrete is unreinforced and crumbles easily when the ground rocks beneath it.

As a former colony, it was ravaged of its resources and exploited, leading to corruption and political turmoil that have ultimately stymied progress. Including efforts to re-build after the 2010 quake.

According to Gladys D. Longchamp, a Haitian American and retired Resource Management Officer at the World Bank, corruption has permeated the country’s history for at least a century. And it’s getting worse following this year’s assassination of President Jovenel Moïse. “We are all reeling now.

There is always a combo of factors that keeps Haiti in its position when it tries to rise from the ashes. There is a government that doesn’t’ practice the laws of the land.

Gradually institutions are eroded to the point they don’t exist,” says Longchamp. “They build anything everywhere. On riverbeds. They don’t follow code. We are looking at a situation that is dire.”

Despite the outlook, Longchamp has hope for her home country’s future. “Haitians poor or rich are still proud of their land. We have energy resilience, culture and imagination. We hope Haitians will come together. And hope the diaspora will help re-build the country,” she says. And, she believes the country’s motto, ‘in unity there is strength,’ will be the driving force.