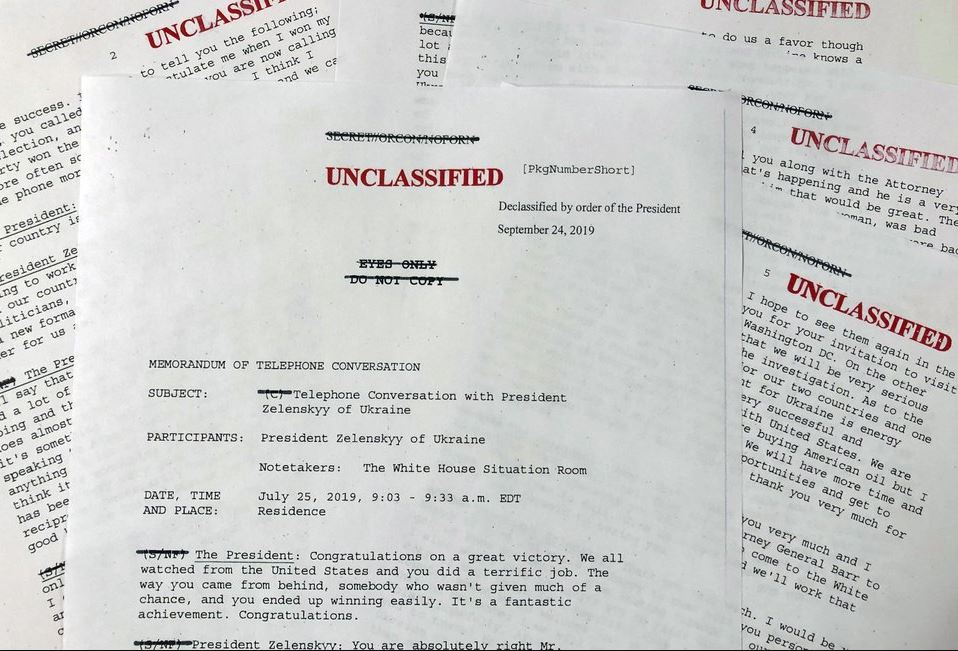 The five pages released by the White House documenting President Donald Trump’s phone conversation with Ukrainian President Volodymyr Zelenskiy are not a word-for-word transcript of the call.

A “CAUTION” note included at the bottom of the first page of the text released Wednesday explains that the rough transcript “records the notes and recollections of Situation Room Duty Officers and NSC policy staff assigned to listen and memorialize the conversation in written form as the conversation takes place.”

The transcript was prepared using voice recognition software, along with note takers and experts listening in, according to senior White House officials. The officials spoke on condition of anonymity because they were not authorized to publicly discuss White House document preparation.

The Situation Room is a secure meeting space in the basement of the White House West Wing where the president and members of the National Security Council, or NSC, discuss sensitive foreign and domestic policy issues. It is staffed 24 hours a day.

The “caution” note goes on to explain that several factors can affect the accuracy of the recording. It cites poor telecommunication connections and “variations in accent and/or interpretation” among them. Zelenskiy spoke through a translator.

The word “inaudible” is used to indicate portions of a conversation the notetaker was unable to hear.

During the call, Trump was upstairs in the White House residence while downstairs, in the Situation Room, officials listened in and set about to memorialize the conversation, as is standard practice.

The resulting memorandum, or rough transcript, was classified as “Secret’ and “ORCON, for “originator controlled,” to prevent its spread throughout the federal government.