WORLD Why was Xi greeted with a purple, not red, carpet?

Why was Xi greeted with a purple, not red, carpet? 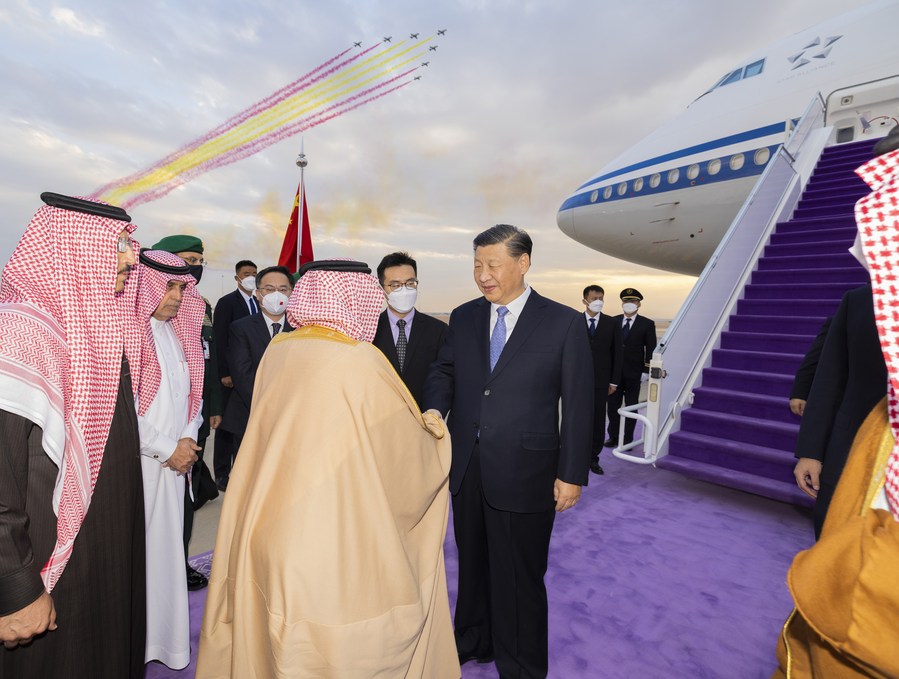 President Xi Jinping arrived in Riyadh on Wednesday starting his diplomatic trip to Saudi Arabia. This time, the carpet on the tarmac at Riyadh's King Khalid International Airport was purple.

When Xi paid a state visit to Saudi Arabia in January 2016, the carpet was red.

But now, Saudi Arabia is one of the few countries to no longer use red carpets to welcome visiting dignitaries. The kingdom reformed its ceremonial protocols in 2021. Purple was chosen as a cultural symbol, inspired by the lavender flowers that bloom in spring and cover the kingdom's desert landscapes.

The initiative to change the color of ceremonial carpets reflects the ongoing development in Saudi Arabia under its Vision 2030 initiative, which places special importance on the roots of Saudi history and civilization.

The edge of the carpet features Al Sadu, a traditional Bedouin women's weaving technique. In 2020 Al Sadu was put on the intangible cultural heritage list of the United Nations Educational, Scientific and Cultural Organization (UNESCO).

By launching of Vision 2030, Saudi Arabia is promoting its tourism, arts and archeology.