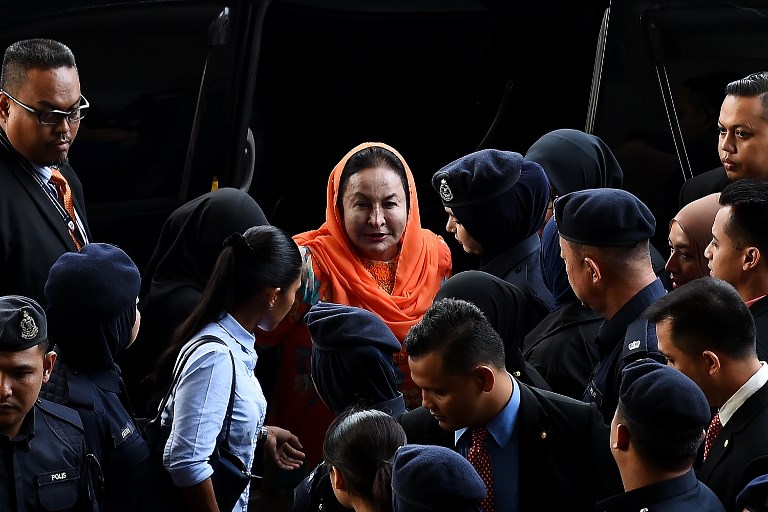 Bail has been set at RM250,000 ($60,000).  Rosmah brought her two passports to court and will comply with a prosecution request to surrender her passport, her lawyer said.

Her husband Najib Razak also made a separate appearance in connection with the alleged plunder of state funds.

Najib, whose coalition suffered a stunning election defeat in May, faces 32 charges ranging from money laundering to abuse of power and criminal breach of trust in an effort to uncover how billions of dollars went missing from 1MDB.