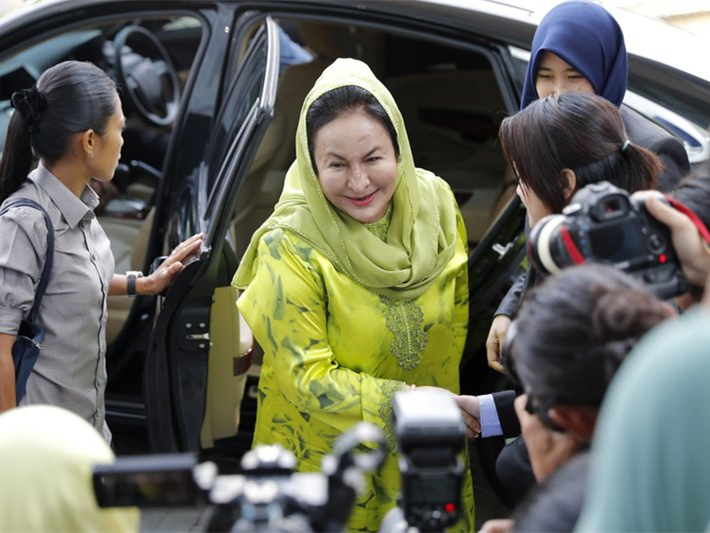 Bangkok (People’s Daily) - Rosmah Mansor, the wife of former Malaysian prime minister Najib Razak, was arrested by the anti-graft commission on Wednesday and she is expected to be charged in court for money laundering on Thursday.

She arrived at the Malaysian Anti-Corruption Commission (MACC) headquarters at 10.42am for a third round of questioning.

She was arrested at 3.20pm while giving her statement to the MACC, The Star newspaper reported, quoting sources.

Her husband Najib, whose coalition suffered a stunning election defeat in May, faces 32 charges ranging from money laundering to abuse of power and criminal breach of trust in an effort to uncover how billions of dollars went missing from 1MDB.