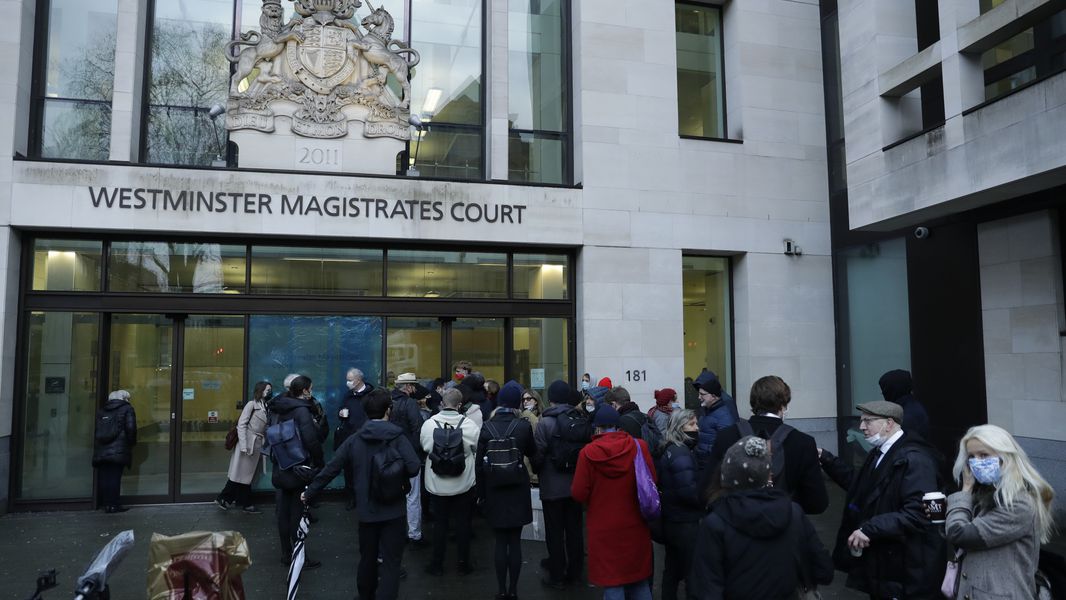 WikiLeaks founder Julian Assange will have to remain in custody in Britain, pending a US appeal of the decision to block his extradition to face charges for leaking secret documents, a judge in London ruled Wednesday.

Judge Vanessa Baraitser told Westminster Magistrates Court there were "substantial grounds for believing that if Mr Assange is released today he will fail to surrender" for the appeal hearings.

"Mr Assange still has an incentive to abscond from these as yet unresolved proceedings," she said.

"As a matter of fairness the United States must be able to challenge my decision. If Mr Assange absconds during this process then they will have lost the opportunity to do so."

The US had earlier urged Baraitser not to release the 49-year-old, while it prepares to challenge Baraitser's decision on mental health grounds to block his extradition to face charges for publishing secret documents.

Lawyer Clair Dobbin, representing the government in Washington, told the court there were "no conditions that could guarantee his surrender" if he were freed from custody.

"The history of his attempts to evade extradition to the United States demonstrated that he is capable of going to any length to avoid that possibility," she added.

Assange was in court to hear the application and ruling, two days after an unexpected decision Monday to block his removal to the United States on the grounds he was a suicide risk.

Dobbin said the court "should be under no doubt about his resources to abscond", pointing to his previous flouting of bail conditions, and an offer of political asylum, notably from Mexico.

But Assange's lawyer, Edward Fitzgerald, said he should be freed, after spending 15 months in custody awaiting the extradition proceedings.

"We say after all this time, after the long proceedings over a year... the court has given a decision and the decision has been that he should be discharged," he added.

Assange is wanted to face 18 charges relating to the 2010 release by WikiLeaks of 500,000 secret files detailing aspects of military campaigns in Afghanistan and Iraq.

He faces a possible 175-year sentence if convicted but Assange and his lawyers have long argued the case against him is politically motivated.

He has been held at the high-security Belmarsh prison in southeast London.

A previous request for bail in March on the grounds he was vulnerable to Covid-19 while behind bars was rejected because the judge assessed he was likely to abscond.

Assange sought sanctuary in Ecuador's embassy in 2012, after Sweden issued an arrest warrant in connection with sexual assault allegations.

He spent seven years at the South American country's London mission until the government in Quito revoked his citizenship.

British police dragged him out and arrested him in 2019.

He was then sentenced to 50 weeks in jail for breaching his bail terms in connection with the Swedish case, which was later dropped due to lack of evidence.

The UN called the sentence "disproportionate".

Assange's long-running legal woes have become a cause celebre for media freedom, even though the judge hearing the case said he did have a case to answer.

Baraitser on Monday said he would have been "well aware" of the effects of his leaking of secret documents, and his actions went "well beyond" the role of a journalist.

But she said extradition would be "oppressive" as his mental health would probably deteriorate in the US penal system, "causing him to commit suicide".

She rejected US experts' testimony that Assange would be protected from self-harm, noting that others such as disgraced US financier Jeffrey Epstein had managed to kill themselves in custody despite supervision.

UN rapporteur on torture Nils Melzer applauded the decision to block his extradition, and said he should be freed and compensated for his ordeal, which amounted to arbitrary detention.

But he said Baraitser had effectively confirmed the rationale behind the US case, which "effectively amounts to criminalising national security journalism".

The United States has called the ruling "extremely disappointing" and has faced calls from WikiLeaks, as well as rights and media freedom groups to drop the appeal.