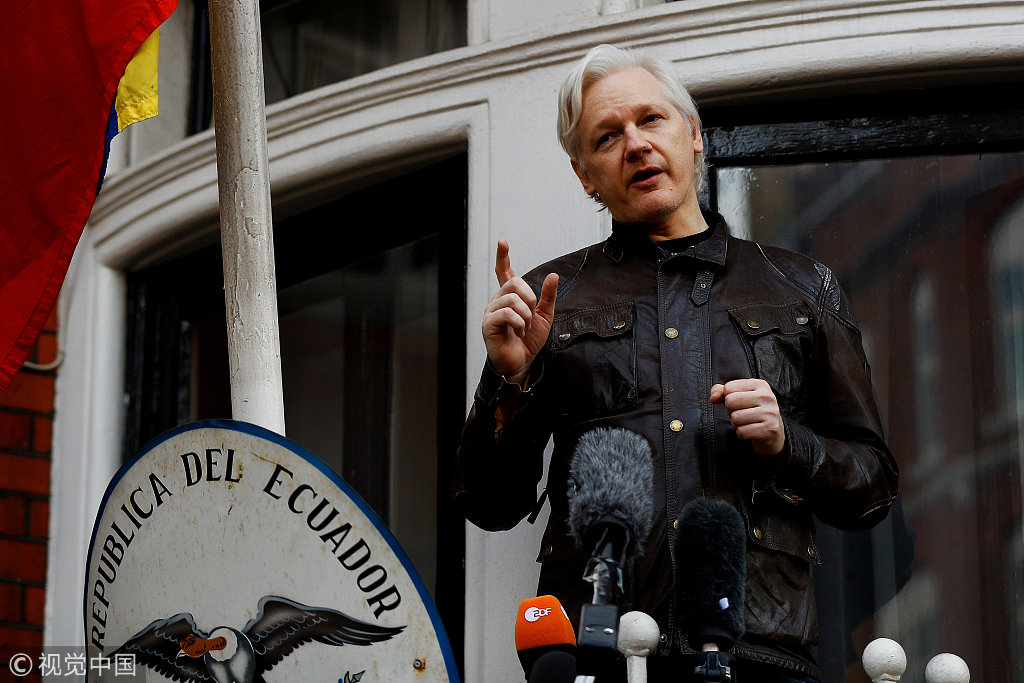 The Senate Intelligence Committee wants to interview WikiLeaks founder Julian Assange as part of its investigation into Russian interference in the 2016 election.

That’s according to WikiLeaks, which tweeted Wednesday that a letter was delivered to Assange in London seeking a “closed interview” with committee staff at a “mutually agreeable time and location.”

The website said its legal team is “considering the offer but the conditions must conform to a high ethical standard.”

Assange has long figured into the Russia investigations due to WikiLeaks’ role in releasing hacked emails from Hillary Clinton’s campaign in 2016.

A Justice Department indictment of 12 Russians last month said an unnamed organization, believed to be WikiLeaks, had received hacked Democratic emails from a person linked to Russian intelligence.