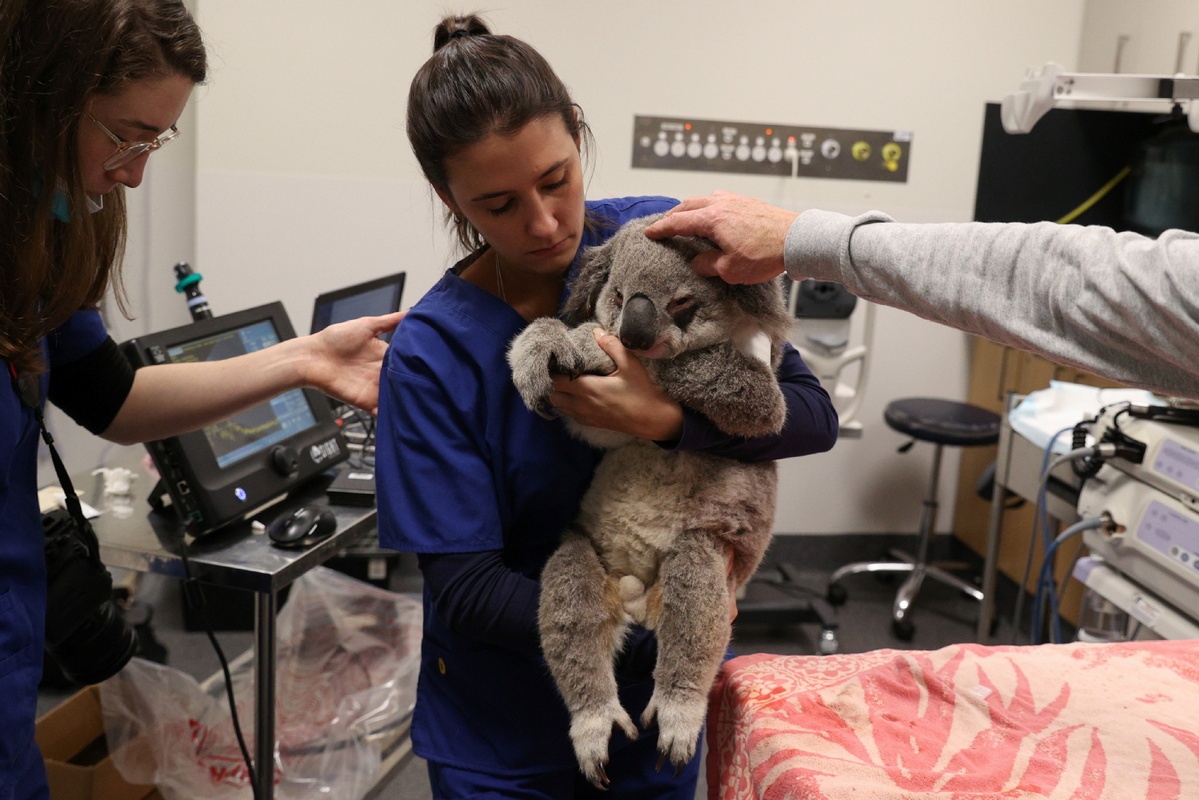 A rescued koala named Ruben, who has cataracts, is tended to by veterinary ophthalmology nurse Mayara Galetti while under anaesthesia, as he is treated for cataracts at Eye Clinic For Animals (ECA), a specialist veterinary ophthalmology practice, while being rehabilitated before a planned release back into his natural habitat, in Sydney, Australia, July 28, 2020. (Photo: Agencies)

SYDNEY - The populations of koala, Australia's most iconic inhabitants, were in steady decline across several key areas, with disease a serious risk factor, a new research revealed on Thursday.

By analyzing close to three decades of data, scientists from the University of Western Sydney showed that koala populations were continuing to be eroded, proving that further interventions were required to avoid extinction.

The study analyzed 12,543 records of rescued koalas, from between 1989-2018, in Port Stephens, Port Macquarie and Lismore, north of Sydney in the state of New South Wales.

It showed that a type of Chlamydia, which is common in wild koala populations, was the leading cause of koalas requiring treatment.

"This study indicates that ... koalas are most often rescued due to signs of chlamydia, and the outcomes of the treatment were often favorable -- with most koalas released back into the natural environment following treatment," said lead author Edward Narayan.

Without the rescue work, often undertaken by volunteers and community based koala services, the rates of population decline would be much steeper, the results showed.

"The long-term trends for these koala hotspots paint a picture of a steady decline in populations, however, it's promising to see the majority of rescues ... have overwhelmingly resulted in the successful rehabilitation and release of koalas back into the environment," he said.

Narayan said that protecting the koalas' environment is the best way to support the work of rescue groups, and to begin to stabilize the populations and reverse the trends identified.

"There is an urgent need to strengthen on-ground management, bushfire control regimes, environmental planning and governmental policy to reduce stressors impacting koalas on the North Coast and across the state," Narayan said.

In 2016, it was estimated there were around 329,000 koalas in Australia, and Narayan's next study will assess the effects of recent bushfires on that figure, which is feared to be considerably impacted.