WORLD Wildfire near US Arizona-Utah state line spreads to over 11,000 acres

Wildfire near US Arizona-Utah state line spreads to over 11,000 acres 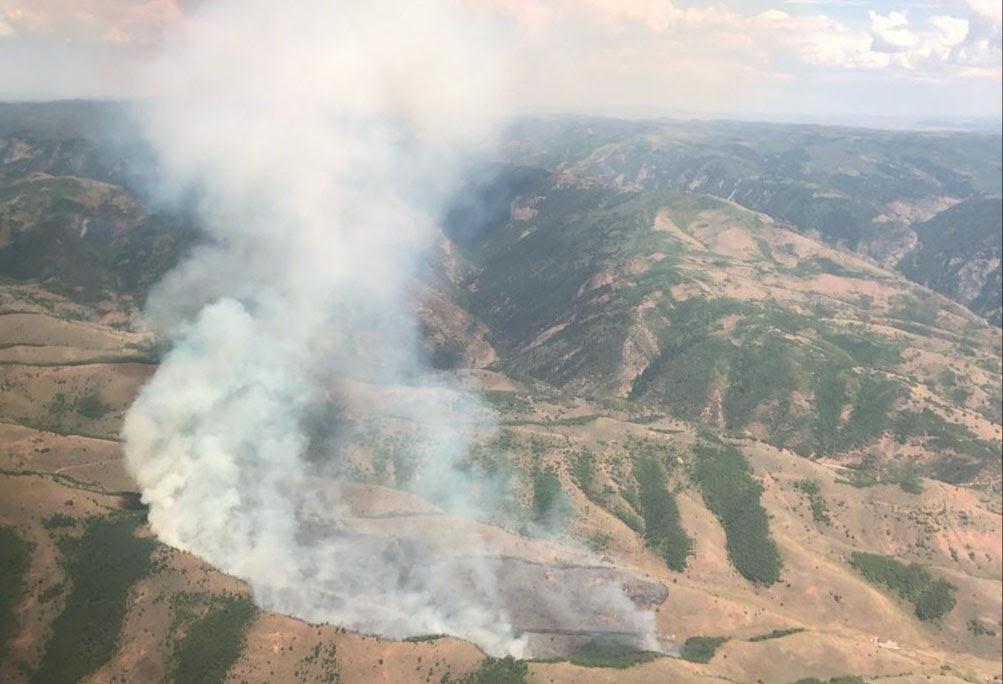 LOS ANGELES, Aug. 1 (Xinhua) -- A wildfire burning near the U.S. Arizona-Utah state line spread to 11,168 acres (45.2 square kilometers), the authority said on Saturday, adding fire behavior would be extreme this weekend due to dry fuel, high heat and erratic winds.

The blaze, dubbed "Pine Hollow Fire," was caused by lightning on Wednesday night and then was fueled by dry grass, brush and woodland, InciWeb, an interstate incident information system, reported on its official website, saying complex terrain and bad weather hampered efforts to contain the fire.

Some 208 firefighters are battling the blaze, the report said, so far there is no report of damage or injuries, while the fire was contained by zero percent.

The fire, burning about 1 mile (1.6 km) south of the Arizona-Utah state line, forced the authority to cut roads to the North Rim of Grand Canyon National Park, evacuated a campground nearby and request that tourists suspend their trips to the area.

Because of the recent spell of hot and dry weather that has taken hold in many U.S. Western states, several wildfires are burning there.