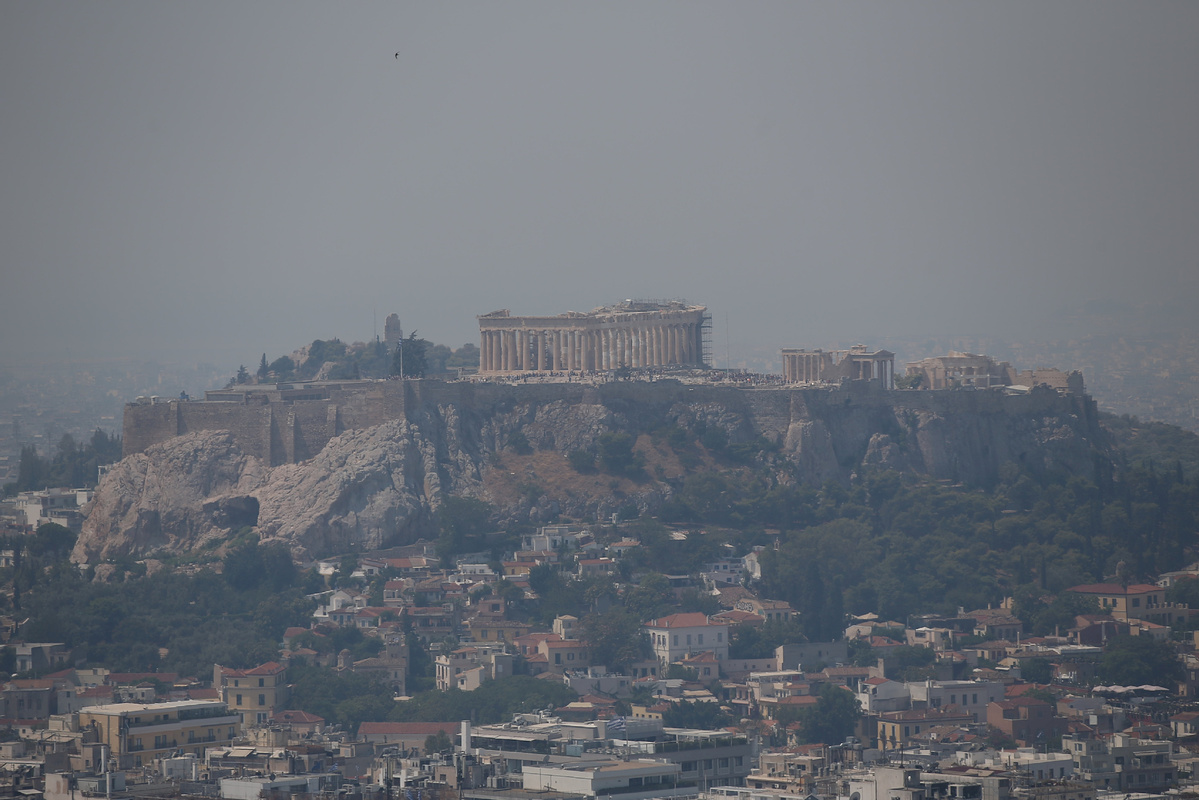 The Acropolis hill with the Parthenon temple is covered with smoke from a wildfire burning the Island of Evia, Athens, Greece, Aug 13, 2019. (Photo: Agencies)

A wildfire fanned by strong winds razed tracts of pine forest on the Greek island of Evia on Tuesday, leading to villages being evacuated and to an appeal from the authorities for assistance from its European partners.

A state of emergency has been declared in central Evia as more than 227 firemen, supported by six helicopters and six other aircraft, battle the blaze.

Croatia and Italy were expected to send help after an appeal for airborne firefighting equipment from Greek authorities.

The four villages on the island were being evacuated protectively, a fire brigade official said.

The blaze on Evia, Greece's second-largest island, generated thick smoke that reached the capital, Athens, some 110 kilometers (70 miles) away to the west. By some accounts, the wall of flames was 11 kilometers long, fanned by strong, interchanging winds.

Wildfires raged in at least four other regions, and the fire brigade said it had been called to put out 182 fires in the last three days.

Prime Minister Kyriakos Mitsotakis interrupted his holiday on Crete to return to Athens where he was briefed on the situation.

"The conditions today are exceptionally difficult, and the primary concern of the state is and will be the protection of lives and by extension of property," Mitsotakis said.

TV showed thick, dark smoke blanketing the area, with ash falling kilometers away, blown by strong winds. No fatalities had been reported, and the winds were expected to subside in the evening.

A local mayor told state TV ERT the wildfire had reached the gardens of some houses in the village of Kontodespoti.

Greece often faces wildfires during its dry summer months, and authorities have warned of the high risk of blazes this week. Environmental campaigners see an increasing number of wildfires around the world as a symptom of global warming.

A horrific blaze that swept through the seaside town of Mati near Athens in July 2018 killed 102 people in a matter of hours.