A large wildfire was ragging on Monday at Gerania mountain, some 50 km west of Athens, with residents of the beach town of Kineta evacuating their homes amid heavy smoke, Greek national news agency AMNA reported.

At least 70 firefighters assisted by 30 fire tracks, five water dropping aircrafts and two helicopters were battling the flames, according to the local Fire Service. 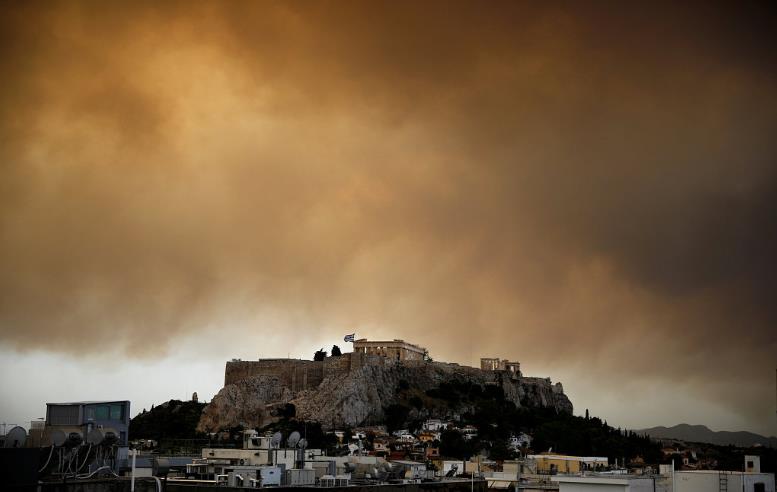 Smoke from a wildfire burning outside Athens is seen over the Parthenon temple atop the Acropolis hill in Athens, Greece, July 23, 2018. (Photo: VCG)

Their efforts to contain the blaze have been hampered by the strong winds blowing in the area.

The flames extended to a 5 km long front, Deputy Mayor of the nearby town of Megara Constantinos Fylaktos told local SKAI TV.

The cause of the fire which broke out afternoon in a pine forest was still unknown, but local authorities were on alert due to the heat wave which swept Greece since Saturday.

Greece suffers from many wildfires in particular during the summer due to high temperatures and arsonists.

A suspect was arrested this weekend in western Greece, the Fire Brigade announced earlier on Monday.

In the summer of 2007, more than 80 people lost their lives due to wildfires in Greece.