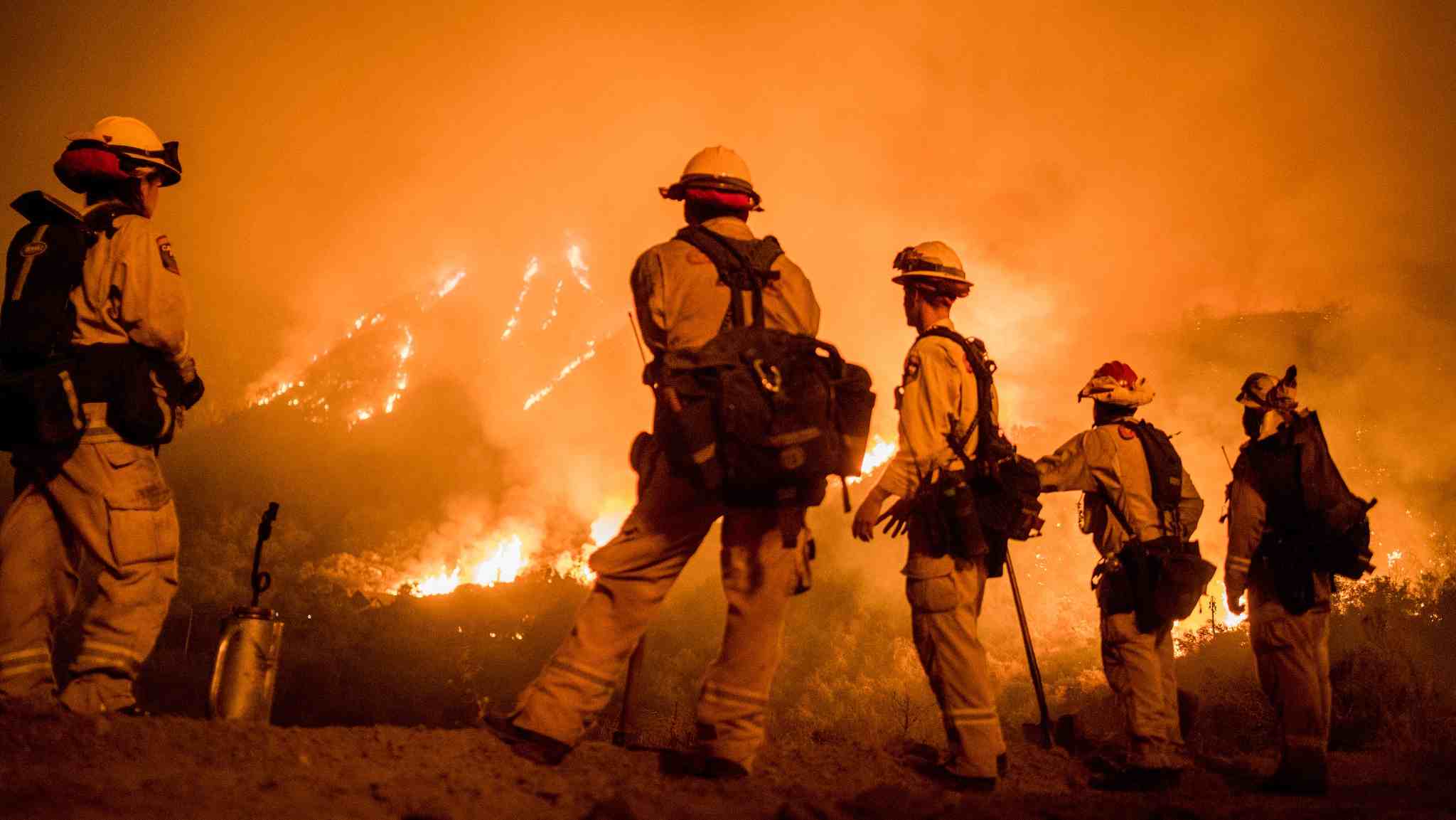 Crooner Perry Como once sang “the bluest skies you’ve ever seen are in Seattle,” but this week the city registered its worst air quality of the past two decades.

Smoke from wildfires is filling the summer skies in western US and Canadian cities so badly that weather experts are calling on officials to tackle “smoke season” with the same urgency they use with heat waves and cold snaps.

“There’s a smoke season, and it’s probably going to be more frequent and longer than it has been in previous years,” said Environment and Climate Change Canada meteorologist Armel Castellan.

Climate change is exacerbating wildfires through higher temperatures coupled with a weakening jet stream that allows for longer dry spells, he said.

Wildfires raging in the forests and mountains of British Columbia in Canada and Washington, Oregon and California in the US have sent up such voluminous plumes of smoke that they now pollute skies over Pacific Northwest cities such as Seattle, Portland, and Vancouver, say experts.

California alone has seen the worst start to its fire season in a decade, and officials from the National Aeronautics and Space Administration (NASA) say satellite images show two-thirds of the state covered in smoke.

“Smoke is being created from all directions. It’s very hard to not have smoke in your corner of the world,” Castellan told the Thomson Reuters Foundation.

While some air quality experts say Western cities must treat "smoke season” as an emergency and tackle health risks in regions such as the Pacific Northwest where most people do not have air conditioning, not everyone agrees.

“The smoke season concept - no one agrees what that is,” Heath Hokenberry, a meteorologist with the US National Weather Service, said. “It depends on the volume of fire that you get in the West.

“Where there’s fire, there’s smoke. It’s just a matter of duration and how concentrated from the prevailing winds.”

“This is climate change”

The Thomson Reuters Foundation queried city officials in Calgary, Edmonton, Portland, Seattle, and Vancouver. None indicated any specific response other than warning the public about the health and safety risks of prolonged exposure to poor air.

“If we experience the same situation next summer, there might be a different answer,” said Seattle Office of Sustainability & Environment spokeswoman Sara Wysocki.

“We’re doing what we can to connect the dots between climate change and what is happening,” she said. “This is climate change, folks.”

A Vancouver spokeswoman said response plans are under consideration for the future, while a Calgary official said the Canadian city needs better air quality and extreme heat management strategies.

“Research tells us that Calgary will experience more severe and frequent extreme weather events such as flooding, drought, storms and the effects of wildfires,” Calgary’s climate change and environment manager Dick Ebersohn said.

“It might take a bit of planning and infrastructure, but having a library stay open until 10 o’clock at night could be a really helpful avenue to keeping people safe.”

With parks deserted and sidewalks cafes empty, residents appear to be in wait-and-see mode, although those with asthma-like Wysocki say they are feeling the smoke’s effects.

“It feels like a constant weight is just sitting on my chest, making it impossible to take a full breath,” she said.

Despite working in an air-conditioned office and keeping her windows closed at home, “I still can’t breathe well, and I suffer from a continual headache that doesn’t go away,” she said.