WORLD Wildfires in US California burn over 4 mln acres

Wildfires in US California burn over 4 mln acres 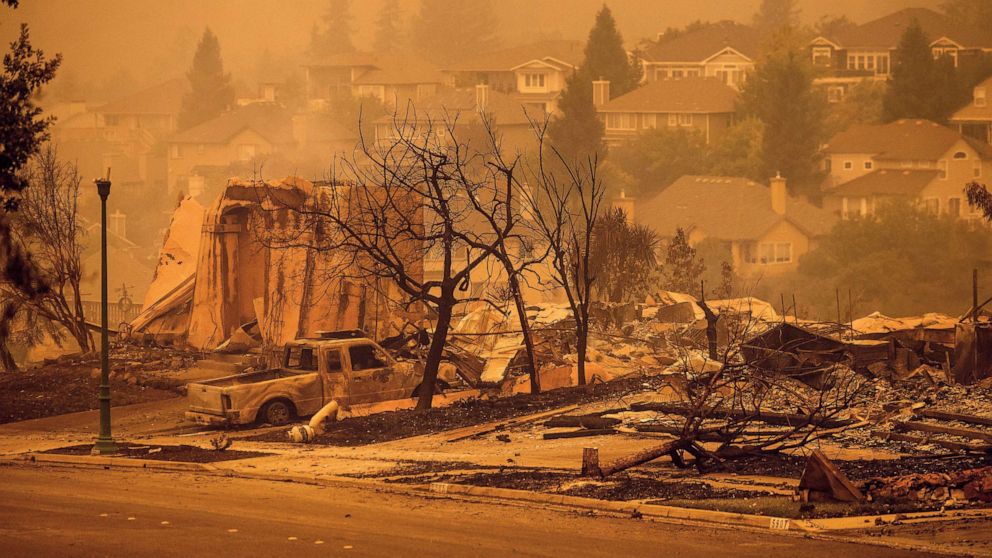 SAN FRANCISCO, Oct. 4 (Xinhua) -- Wildfires burning this year in the U.S. state of California have blackened over 4 million acres (16,187 square km) of land as of Sunday, more than double the previous record set two years ago, according to the update by the California Department of Forestry and Fire Protection (Cal Fire).

Since the beginning of the year, there have been over 8,200 wildfires. The total number of fatalities statewide is 31 and over 8,454 structures have been destroyed, Cal Fire said on Sunday.

More than 16,500 firefighters continued to work toward containment on 23 major wildfires across the state on Sunday. While Red Flag conditions have subsided, warm temperatures and low humidity continue to challenge crews' efforts, Cal Fire said.