Israeli police have ordered the evacuation of several communities in southern and central Israel as wildfires rage amid a major heatwave. 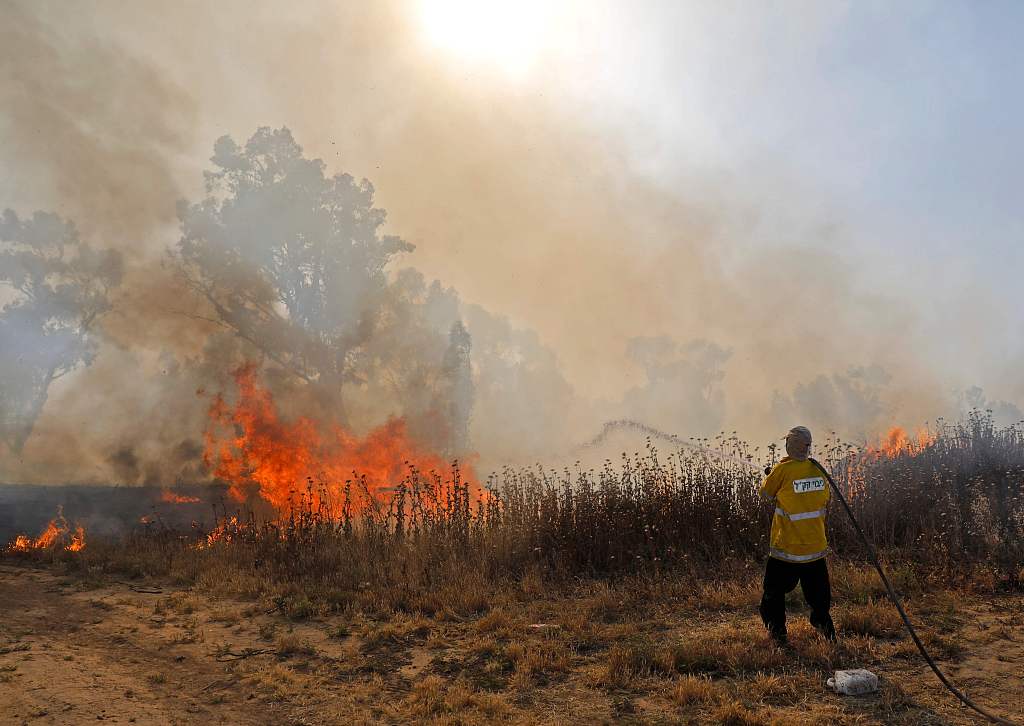 An Israeli fireman extinguishes a fire in a burning field next to Kibbutz Beeri. (Photo: VCG)

Firefighters battled brushfires Thursday along the Gaza boundary, as well as near the country's main international airport and outside Jerusalem. A major Tel Aviv-Jerusalem highway was also closed to traffic because of the fire.

Israel and the region are gripped by a major heatwave, with temperatures around the country reaching 100 F (38 C) and higher.

It wasn't immediately clear whether the fires near the boundary with Gaza were caused by incendiary balloons launched from the Palestinian enclave.

Gaza militants had launched incendiary balloons into Israel on Wednesday, and in response, Israeli authorities reduced Gaza's fishing zone from 15 nautical miles to 10.