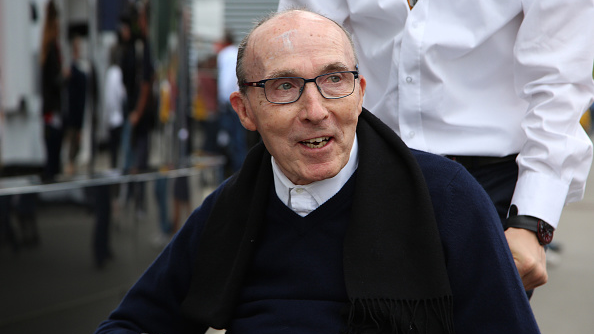 Williams, who had been admitted to hospital on Friday, died peacefully on Sunday morning surrounded by his family, the team said in a statement.

"The Williams Racing Team is truly saddened by the passing of our founder Sir Frank Williams. Sir Frank was a legend and icon of our sport. His passing marks the end of an era for our team and for the sport of Formula 1."

"His values including integrity, teamwork and a fierce independence and determination, remain the core ethos of our team and are his legacy, as is the Williams family name under which we proudly race."

Williams oversaw a successful period for the team during which it won the Formula One drivers' title seven times and the constructors' championship nine times.

He was left paralysed following a spinal cord injury in a car crash in 1986. He gradually scaled back on his workload in 2012, when he stepped down from the Williams board.

Williams’ daughter Claire ran the team on a day-to-day basis until it was sold to Dorilton Capital in August this year.

Stefano Domenicali, chief executive of F1 rights holders the Formula One Group, described Williams as a "true giant" of the sport who "overcame the most difficult of challenges in life".