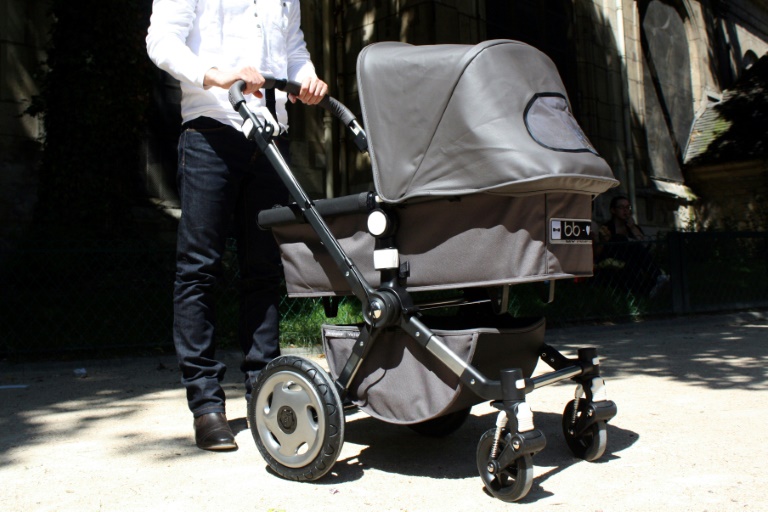 Parental leave practices for new mothers and fathers vary widely on Wall Street, where hours are long and workloads are high. (Photo: AFP)

Wall Street fathers won a major victory on Thursday, with JPMorgan Chase agreeing to pay $5 million to male employees who felt discriminated against over parental leave.

The leading US bank in terms of assets reached an agreement with plaintiffs in a class-action lawsuit accusing it of not granting them the same rights as mothers.

The complaint covered the period from 2011-207 and was filed jointly by the Ohio branch of the American Civil Liberties Union and the Outten & Golden LLP law firm on behalf of JPMorgan Chase fathers.

Derek Rotondo, an employee who became a father, was the first to raise the issue, accusing the bank of not granting him the same parental leave rights provided to female employees.

"I love my children, and all I wanted was to spend time with them when they were born," Rotondo said in a statement from the ACLU.

"I'm proud that since I filed my charge, Chase has clarified its policy to ensure that both male and female employees who wish to be the primary parental caregiver have equal access to those benefits."

Rotondo says that he tried to take 14 weeks of parental leave as a "primary caregiver" after his son was born, but the human resources department told him that policy was only available to mothers -- the only parents their policy considered to be the primary parent and eligible to take up to 16 weeks of 100 percent-paid leave.

Fathers, on the other hand, were considered co-parents and only eligible for more than two weeks of leave if they could prove their partner was "incapacitated" or already back to work, according to the ACLU,

In 2017, Rotondo filed a complaint with the Equal Employment Opportunity Commission for gender discrimination, and Chase ultimately granted him the 16 weeks of parental leave.

"We are pleased to have reached an agreement in this matter and look forward to more effectively communicating the policy so that all men and women employees are aware of their benefits," Chase representative Reid Broda said. "We thank Mr Rotondo for bringing the matter to our attention."

And in addition to the $5 million it will pay out, Chase will now train its staff on how to handle the new gender-neutral leave policies.

The case points an awkward spotlight on Chase, the largest bank in the US with $2.39 trillion in assets, according to Forbes.

In 2016, the company became one of the first major businesses in the country to offer 12 to 16 weeks of paid parental leave, and last year non-primary caregivers' leave increased from two weeks to six.

Parental leave practices vary widely on Wall Street, where hours are long and workloads are high.

Bank of America offers up to 26 weeks of parental leave to all new US biological and adoptive parents, with 16 of them paid.

And Goldman Sachs and Wells Fargo both allow for 16 weeks of paid parental leave to US employees considered primary caregivers, regardless of gender, with the other parent eligible for four weeks' paid leave.

Citigroup allows US employees who become mothers to take 16 weeks paid while a second parent or adoptive parents can take eight weeks.