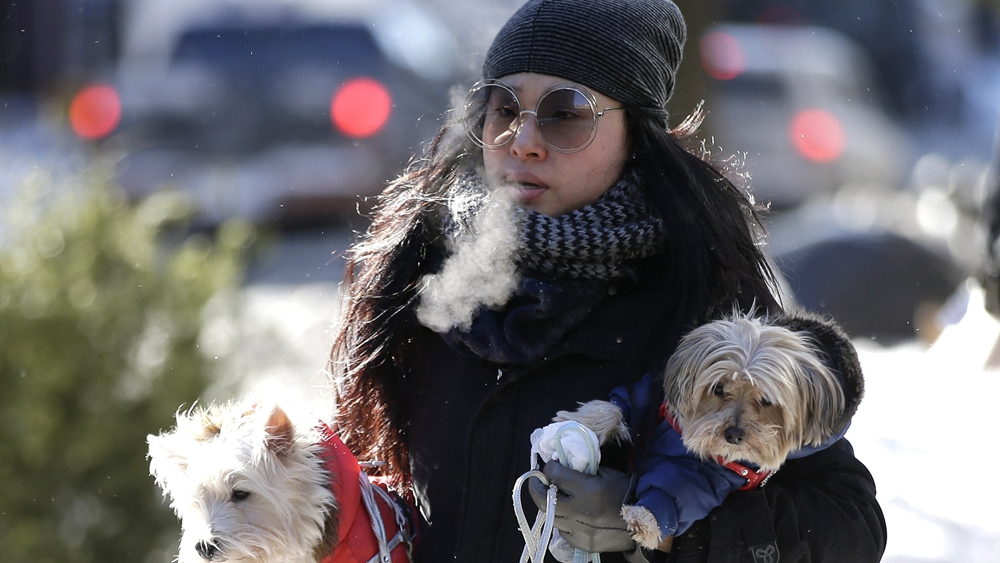 At least six deaths were attributed to severe weather in the US as heavy snow and high winds snarled air and ground transportation during a busy holiday travel period.

More than 500 flight cancelations and 5,700 delays were reported Friday as the winter storm blanketed areas from the north central plains and the Midwest with eight to 12 inches (20-30 centimeters) of snow.

As much snow, if not more, was forecast to fall in the coming days in the southwestern state of New Mexico, along with a deluge of rain in some southern and eastern states, ruining New Year travel plans for thousands of Americans.

Millions more in the South were warned of potential flooding from heavy rains.

A 58-year-old woman in Louisiana was killed Wednesday evening when lightning struck a tree which then fell on her home, according to TV station WDSU.

Another crash involving a snowplow and a car in North Dakota claimed one life. A woman on a camping trip in Tennessee with two men died while attempting to cross a creek in the state's Marion County, a local ABC affiliate reported.

More than 6,500 flights were delayed and some 800 more were canceled on Thursday, according to the flight tracking website FlightAware.

Some airline passengers reported being stranded for days.

"I didn't want to spend three days in the airport, missing out on the holidays, New Year's and all that," Anthony Scott told Texas television station KDFW at Dallas Fort Worth International Airport.

"I have to go back to work the first of the year. So this is my time," he said. "This was my little vacation. I'm not trying to spend it in the airport."

Numerous roads were closed Thursday in the Dakotas, Minnesota, Kansas and Iowa. Ground crews worked to clear affected areas, but many remained packed with snow and ice Friday.

National Weather Service (NWS) officials in Minnesota cautioned that roads in the upper Midwestern state were cloaked in snow.

The weather service predicted the treacherous conditions would continue through the weekend across the country.

Heavy snow was expected in the southwestern state of New Mexico from a new storm, with as much as 18 inches possible, NWS said.

To the south, heavy rains were forecast in the central Gulf Coast, in the Florida Panhandle, and stretching east to the mid-Atlantic.

A risk of flash flooding was possible in a few areas. The nasty weather was still no match for a colossal blizzard that smothered the eastern United States in January 2016. That storm shut down New York and Washington, leaving 15 people dead and impacting some 85 million residents.

Forecasters said the storm, dumped 22.2 inches in Washington and 25.1 inches in New York's Central Park, the third highest accumulation since records began in 1869.