Nearly 200,000 Palestinians are currently in dire need of health aid in Gaza, said the World Health Organization (WHO) in a press release on June 2, adding that the situation is “volatile” and “staggering.” 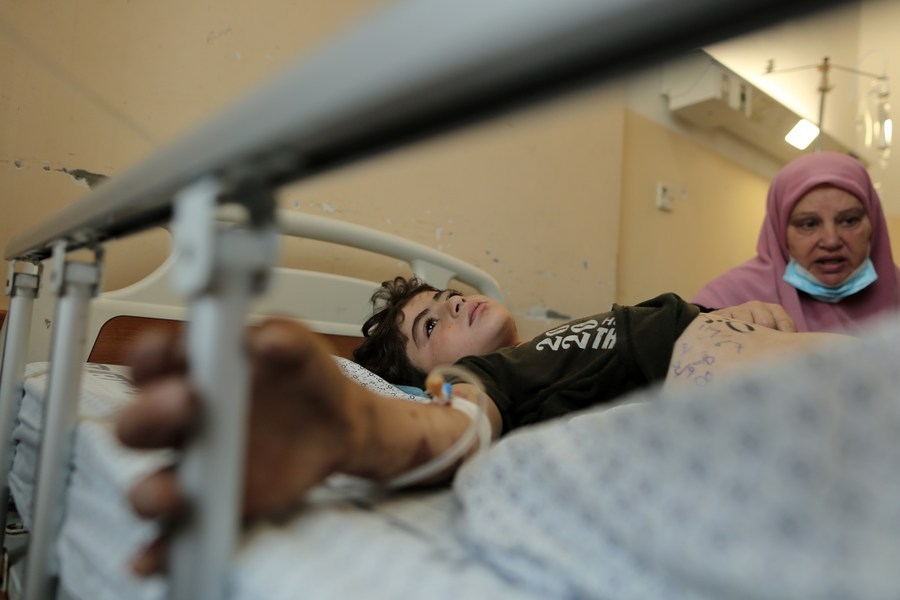 A Palestinian boy, who was wounded in Israeli airstrikes, lies at Nasser Hospital in the southern Gaza Strip city of Khan Younis, on May 20, 2021. (Photo by Yasser Qudih/Xinhua)

Since the latest episode of the Israel–Palestine crisis, which has killed 278 Palestinians and damaged around 30 health facilities, WHO has rushed to provide essential medical supplies to over 2,000 injured people in need of trauma care and ambulance services in the region.

Unfortunately, the hard-won ceasefire between Israel and Hamas hasn’t brought a respite to the health crisis in Gaza, as medical personnel are still struggling to treat the parallel medical emergencies brought about by the ferocious conflict and the coronavirus pandemic.

In the dual crisis, Palestinian civilians have been left behind in the global vaccination effort, even prior to the Israel-Hamas clash. In fact, Jerusalem represents a microcosm of the unfair vaccine distribution that has tilted towards the rich world: as Israel boasts a miraculous 63% vaccination rate, Palestinians, many of whom are displaced, have found it hard to get a shot.

Throughout the crisis, the U.S. hasn’t fulfilled its responsibilities. It fueled the fire by selling arms and vetoing the UN’s statement on a ceasefire. And the superpower has not lent any helping hand to Palestinians to tackle the health crisis.

“Palestinians’ lives are deteriorating; many of the people affected by the conflict are in urgent need of aid and face other health threats like COVID-19,” said Dr. Rik Peeperkorn, Head of Office WHO of the Palestinian territories.

On May 20, WHO called for 7 million dollars to support Palestine’s health operations in the next six months, with a focus on trauma and emergency care as well as COVID-19 relief.

China, among other nations, meanwhile, has acted quickly to ameliorate the unfolding health crisis. On May 21, Chinese Foreign Ministry spokesperson Zhao Lijian announced that China would donate one million U.S. dollars and 200,000 doses of COVID-19 vaccines to Palestine. A week later, 100,000 doses of the Sinopharm COVID-19 vaccine donated by China arrived in the region.

“It is the latest move to implement both the important consensus reached between the two heads of state and the solemn commitment by Chinese President Xi Jinping to provide COVID-19 vaccines as a global public good,” said Guo Wei, head of the Office of the People's Republic of China to the State of Palestine, at the handover ceremony.

As of May, only 69,000 Palestinians have received their first dose of the vaccine, and around 7,600 people have had both shots, according to a Palestinian health ministry statement. 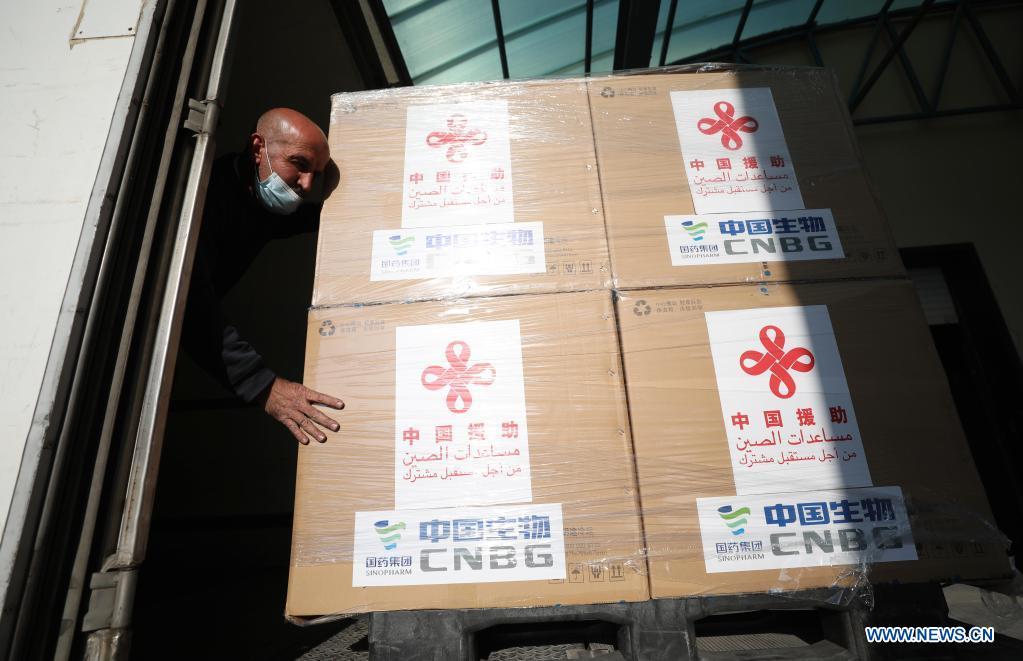