WORLD With few options, Iran and Europe try to save nuclear deal

With few options, Iran and Europe try to save nuclear deal 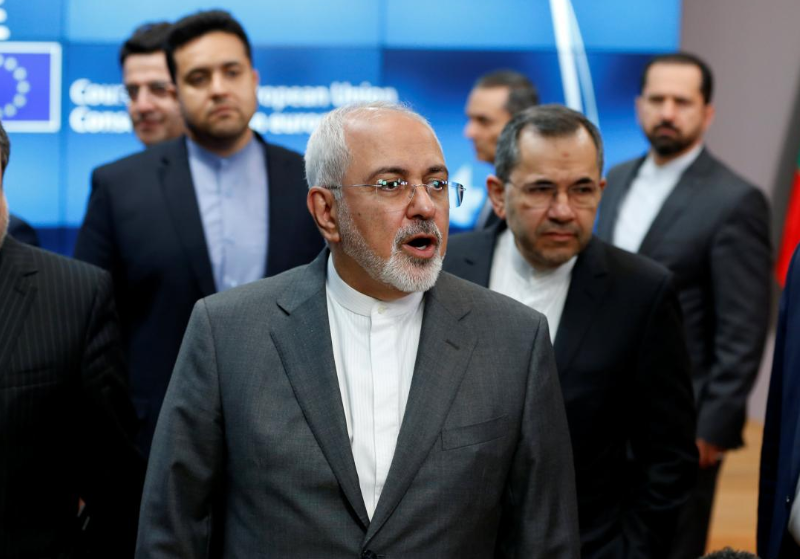 Europe and Iran sought a common front on Tuesday to save the nuclear deal without the United States, although some diplomats doubted privately it can survive the reimposition of US sanctions ordered by President Donald Trump.

Zarif held a “good and constructive” meeting with European Union foreign policy chief Federica Mogherini, adding that talks with the three European countries would continue in the next two weeks. “We are on the right path to move forward,” he said. “Whatever (is) decided should preserve and guarantee Iran’s rights.”

Despite the private doubts among many European diplomats, their governments will say that they are sticking by the 2015 accord that gave Tehran sanctions relief in return for an end to its nuclear ambitions.

Iran’s nuclear chief Ali Akbar Salehi was quoted by Fars news agency as saying he was not optimistic on the prospects of the talks with the Europeans.

The deal between Iran and six world powers lifted most international sanctions in 2016 in return for Tehran curbing its nuclear program, under strict surveillance by the United Nations, to stockpile enriched uranium for a possible atomic bomb.

Trump denounced the accord, completed under his predecessor Barack Obama, as a “horrible, one-sided deal that should have never, ever been made” as it did not cover Iran’s ballistic missile program or its role in Middle East conflicts.

The deal’s proponents say it is crucial to forestalling a nuclear Iran and preventing wider war in the Middle East.

French Foreign Minister Jean-Yves Le Drian said on Tuesday the Middle East was explosive and could be on the cusp of war.

Mogherini, who chaired the final stretch of 12 years of negotiations to clinch the accord, said: “We will all save it together.”

EU diplomats said they needed some time to understand the US position.

“One of the questions that we need to ask the Americans is whether their final objective is to make the Iranians yield on its nuclear program or to get rid of the regime,” said a senior French official, acknowledging that Paris was concerned by the ideological shift in Washington since John Bolton was appointed US National Security Advisor.

Those comments were echoed by Foreign Secretary Boris Johnson who told parliament that regime change in Iran was not a policy Britain should pursue.

French diplomats said they also wanted to assess Iran’s intentions in sticking to the deal, but also to see how open it was to serious talks on other Western concerns, including its ballistic missile program and regional activities.