WORLD With focus on Mexico, apprehensions grow at Canadian border

With focus on Mexico, apprehensions grow at Canadian border 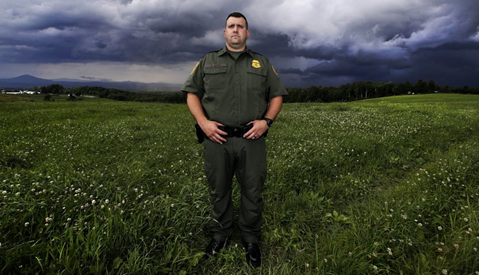 While the Trump administration fortifies the southern border, there’s growing concern over the number of foreigners entering the country illegally across the porous northern border with Canada.

People crossing the border between Vermont and Quebec have paid smugglers up to $4,000, usually payable when the immigrants reach their US destination, according to officials and court documents.

While the number of arrests is tiny compared with the southern border, the human smuggling is just as sophisticated.

Driving the increase here, officials say, is the ease of entry into Canada, where visas are no longer required for Mexicans, and a border that receives less scrutiny and resources than the southern border, where thousands fleeing violence in Central America are being detained.

In the Border Patrol sector that covers 300 miles (480 kilometers) of border with New York, Vermont and New Hampshire, agents have apprehended 324 people who crossed illegally from Canada so far this fiscal year, compared with 165 in all of 2017. Last month, agents apprehended 85 people across the three states, compared with 17 in June 2017 and 19 in June 2016, statistics show. 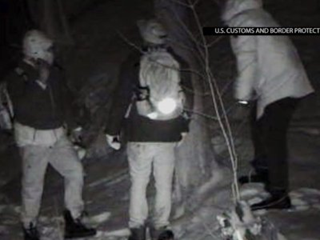 The Mexican border has been getting all the attention when it comes to immigration but there’s growing concern over the number of foreigners entering the country illegally across the porous northern border with Canada. (Photo: AP)

So far this fiscal year, there have been at least 267 apprehensions along Canada’s border with Vermont alone, compared with 132 all of last year, according to statistics compiled by federal prosecutors in Vermont.

The statistics show no corresponding spike in illegal immigration or apprehensions elsewhere along the northern frontier. Border Patrol agents speculate it’s because the area that includes Vermont is the first stretch of land border east of the Great Lakes and is a short drive from the population centers of Canada and the US East Coast. 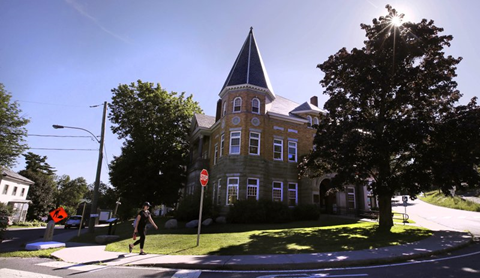 Still, there is a growing sense of unease among US law enforcement authorities.

“The number of illegal alien apprehensions at the Vermont-Canada border has skyrocketed,” said Christina Nolan, Vermont’s US attorney.

Much of the illegal border crossing activity in Vermont appears to be focused on a 30-mile (50-kilometer) segment of the Vermont-Quebec border where Interstate 91 reaches the Canadian border at Derby Line, about 50 miles (80 kilometers) southeast of Montreal.

From Derby Line, it’s about a six-hour drive to New York and its teeming immigrant communities.

Guarding the border here is tricky because Derby Line and the neighboring Quebec town of Stanstead comprise one community where homes and buildings happen to be bisected by an international border.

The community library was purposely built straddling the border to serve people in both communities. Quebecers simply cross an international boundary marked outside the library by pots of petunias. Occasionally, illegal border crossers will walk, or even drive, across near the library. 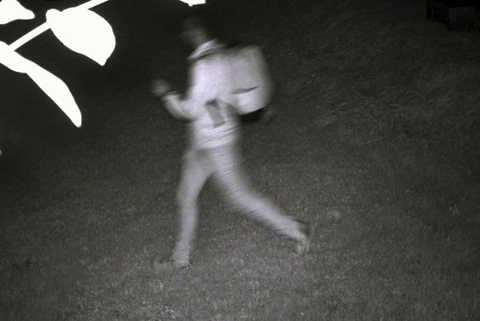 “This is really a town with an invisible border going through it,” said Stanstead resident Matthew Farfan, who has written a book about life along the border, after he left the library’s Vermont entrance and prepared to cross back into Canada.

As part of a broader recent immigration crackdown, US Customs and Border Protection has set up highway checkpoints in Maine, New Hampshire and upstate New York. One person was apprehended in New York on charges she had picked up four people crossing from Canada.

Visa-less entry into Canada for countries like Mexico and Romania, another nationality noted by Nolan and Border Patrol agents as contributing to a spike in apprehensions, play a role by making the northern border more attractive for people seeking to enter the US illegally, Nolan said. A plane ticket from Mexico City to Montreal or Toronto can cost less than $350.

The Canadian government in late 2016 lifted its requirement that Mexican citizens apply for visas to enter the country as part of broader efforts to strengthen ties with Mexico. A similar requirement for Romanian citizens took effect in late 2017.

Canada views the recent visa changes for Mexico and Romania as having a minimal impact on the border, said Beatrice Fenelon, a spokeswoman for Immigration, Refugees and Citizenship Canada. 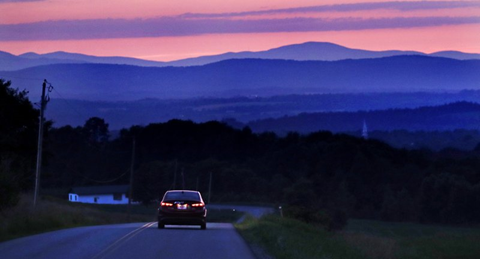 In the past two months, agents in Vermont have chased border crossers through the woods near Derby Line; there have been car chases and cases in which agents have lost sight of suspects in the woods, only to apprehend them days later.

“They have kind of gone southern-border style where they are taking a hike and they are coming through the tall grass,” Ross said. “It’s something I would have seen years ago when I worked in Harlingen, Texas.”

The agents won’t guess how many make it across.

The flow of illegal border crossers goes in both directions. Since around the time President Donald Trump took office, thousands of immigrants in the US have fled north to Canada seeking asylum.

Last October in the largest single case in memory of Border Patrol agents in the Derby Line area, 16 people were apprehended at a hotel after 14 had entered the United States west of Derby Line. The other two were the smugglers. 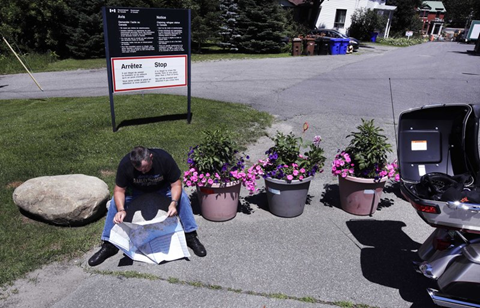 In another case east of Derby Line, a group of eight Mexican immigrants met at a McDonald’s restaurant in Montreal after flying into Toronto and Montreal, where they hired two taxis to take them to Stanhope, Quebec, not far from where Quebec meets Vermont and New Hampshire.

After the immigrants walked six hours through the forest, they were apprehended by US Border Patrol agents in Norton, Vermont, while riding in a taxi from Albany, New York, court documents say.

In one case, the suspect, a Mexican who did not have legal status in Canada, has been convicted of bringing immigrants to the Vermont border and was sentenced to six months in jail, after which he will be deported.

The Mounties are aware of the cases and ready to help their US counterparts, said RCMP spokeswoman Sgt. Camille Habel.

But the RCMP doesn’t appear to view the problem with the same urgency as US officials: “It’s not a trend yet,” Habel said.