WORLD With hospitals under siege, US to build hundreds of temporary coronavirus wards

With hospitals under siege, US to build hundreds of temporary coronavirus wards 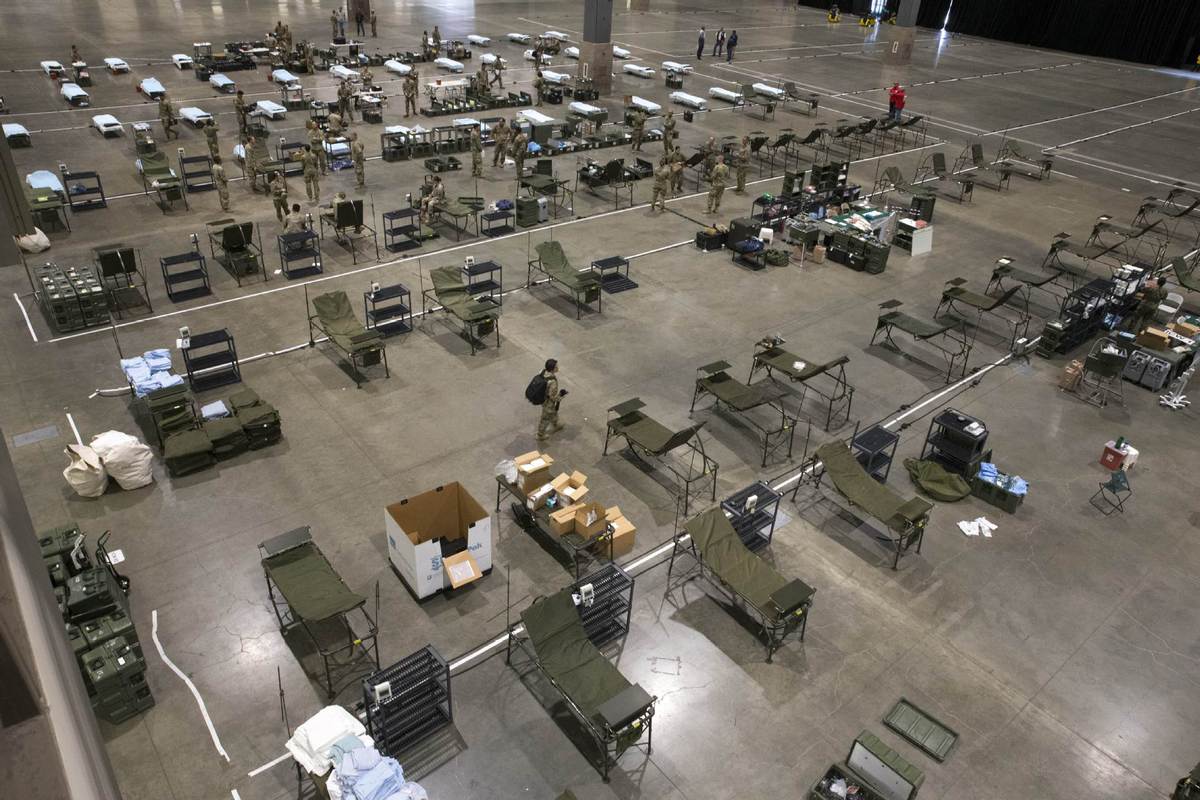 WASHINGTON/NEW YORK - The United States aims to build hundreds of temporary hospitals to ease pressure on a healthcare system under siege from the coronavirus pandemic, with the US death toll now topping 3,600.

In the face of such an onslaught, the US Army Corps of Engineers is searching for hotels, dormitories, convention centers and large open spaces to build as many as 341 temporary hospitals, Lieutenant General Todd Semonite, the head of the corps, told the ABC News "Good Morning America" program.

Besides straining infrastructure, the pandemic is taking a toll on doctors, nurses and other healthcare workers, who are overworked and lack the medical devices and protective gear needed.

"The duration itself is debilitating and exhausting and depressing," New York Governor Andrew Cuomo told a news conference where he revealed that his brother, CNN news anchor Chris Cuomo, had tested positive for the virus.

The corps, the engineering arm of the US Army, already joined with New York state officials to convert New York City's Jacob Javits Convention Center into a 1,000-bed hospital in the space of a week.

Like many temporary hospitals, the center will relieve the pressure by taking non-coronavirus patients. That will allow existing hospitals to focus on patients with COVID-19, the respiratory ailment caused by the coronavirus.

Confirmed US cases surged to nearly 180,000 with 16,000 new positive tests reported on Tuesday. For a second day in a row, the United States recorded over 500 new deaths as the total climbed to nearly 3,600, according to a Reuters tally of officially reported data.

Besides the convention center, New York has a new field hospital in Central Park and another is being built at the USTA Billie Jean King National Tennis Center where the US Open is played.

The convention center is blocks away from the Hudson River pier where the US Navy hospital ship Comfort docked on Monday, ready to take up to 1,000 patients. It is similar to the USNS Mercy, which is already treating patients off Los Angeles.

Authorities in New Orleans, Los Angeles and Chicago were setting up field hospitals and convention centers. Illinois and the Army Corps of Engineers have identified two other sites in that state, Governor J.B. Pritzker said.

New York remains the epicenter of the outbreak in the United States. The state reported another 332 deaths on Tuesday, raising its total to 1,550, and another 9,298 new cases.