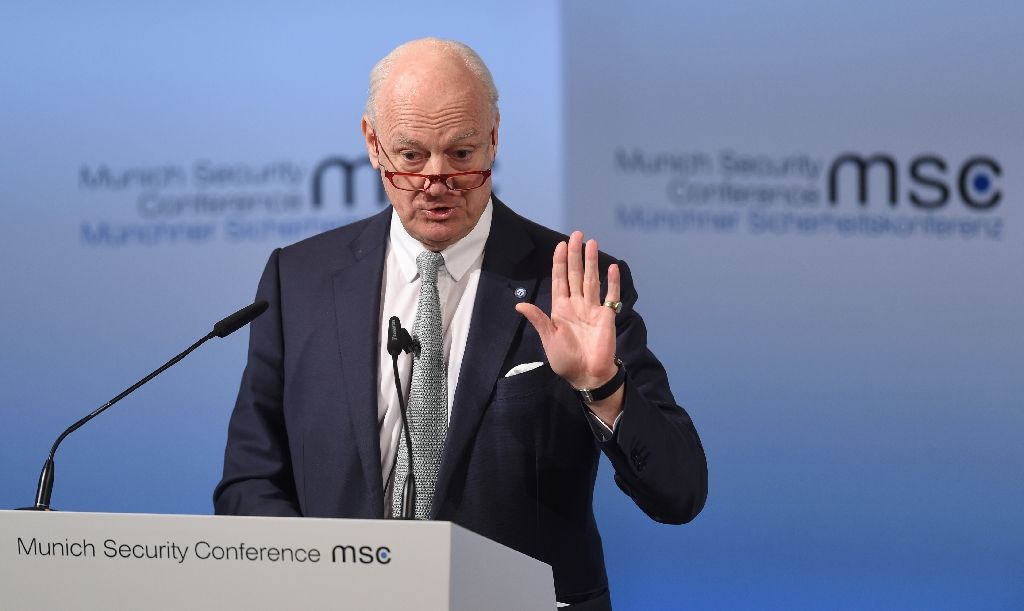 Staffan de Mistura has served as the UN special envoy for Syria, since 2014. Photo:AFP 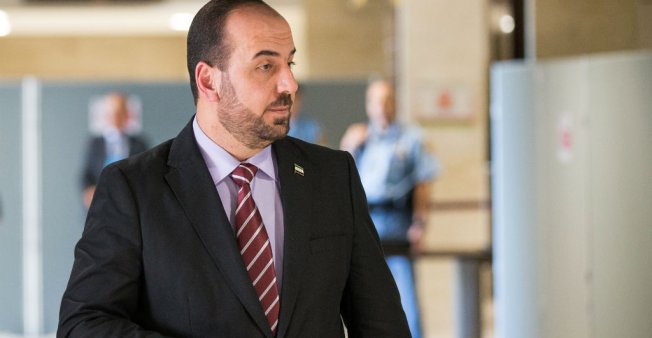 High Negotiations Committee (HNC) leader Nasr al-Hariri arrives for a new round of negotiations with Special Envoy of The UN Secretary-General for Syria during the Intra Syria talks in Geneva on July 14, 2017. Photo: AFP

Syria’s main opposition group selected a new chief negotiator on Friday ahead of a new round of United Nations-backed peace negotiations with the Damascus government set to kick off next week.

Nasr Hariri said the opposition was going to Geneva on Tuesday to hold direct talks and was ready to discuss “everything on the negotiating table."

The UN will be trying to revitalise its flagging Syria peace process, buoyed by the prospect of hosting a unified opposition delegation in Geneva for the first time.

The UN-brokered talks to end the war that has killed more than 340,000 people since 2011 have achieved little through seven previous rounds, leaving them overshadowed by separate diplomatic pushes led by Russia, Turkey and Iran.

UN mediator Staffan de Mistura, who describes himself as a "chronic optimist" and highlights incremental progress where others see stalemate, has voiced hope that this eighth round will mark the first "real negotiation".

For that to happen rival sides will need to overcome the hurdle that has derailed past discussions: the fate of Syrian President Bashar al-Assad.

De Mistura, typically a cautious diplomat, has bluntly told the main opposition High Negotiations Committee that its demand for Assad's ouster may no longer be tenable.

In September, he said the HNC needed to be "realistic" and realise "they didn't win the war". Those comments infuriated the opposition.

But the UN envoy's position is supported by facts on the ground.

Backed by Russian military support, Assad's government has regained control of more than half the country, while the rest remains carved up between rebel factions, jihadists and Kurdish forces.

The announcement of Hariri’s selection as chief negotiator came at a summit in Riyadh where, a day before, the opposition stuck by its demand that Assad play no role in an interim period, despite speculation that it could soften its stance because of the Syrian president’s battlefield strength.

The opposition groups met to seek a unified position ahead of Geneva.

Hariri replaces hardliner Riyad Hijab, who led the HNC at previous negotiations but abruptly quit this week, hinting that the committee under him had faced pressures to make concessions that favoured Assad.

Preparing for the next round of Geneva talks, De Mistura met on Friday with Russian Foreign Minister Sergei Lavrov, who said Moscow was working with Riyadh to unify the Syrian opposition.

For many years, Western and Arab countries backed the opposition demand that Assad leave office. But since Russia joined the war on behalf of Assad’s government it has become increasingly clear that Assad’s opponents have no path to victory on the battlefield.

Russian President Vladimir Putin has called for a congress of the Syrian government and opposition to draw up a framework for the future structure of the Syrian state, adopt a new constitution and hold elections under UN supervision.

But he has also said that any political settlement in Syria would be finalised within the Geneva peace talks process overseen by the United Nations.

The opposition has long been suspicious of the parallel diplomatic track pushed by Russia, which before the proposed Sochi congress included talks in Kazakhstan, and has insisted that political dialogue should only take place in Geneva.

Alaa Arafat, who represents the “Moscow Platform” political grouping, though, said he would attend Sochi and urged others to go too, reflecting lingering tensions within the diverse opposition.

Saudi Foreign Minister Adel Jubeir, who opened the summit on Wednesday pledging his country’s support for unifying the opposition, praised the creation of “one negotiating team that represents everyone."

Asked if there was any change in position towards Assad’s future, he told reporters that Riyadh continued to support a settlement based on the UN-backed process at Geneva.

“We support the positions of the Syrian opposition. We have from the beginning and we will continue to do so,” he said.