WORLD With one suicide every 40 seconds, WHO urges action

With one suicide every 40 seconds, WHO urges action

Nearly 800,000 people commit suicide each year -- more than those killed by war and homicide or breast cancer, the World Health Organization said Monday, urging action to avert the tragedies. 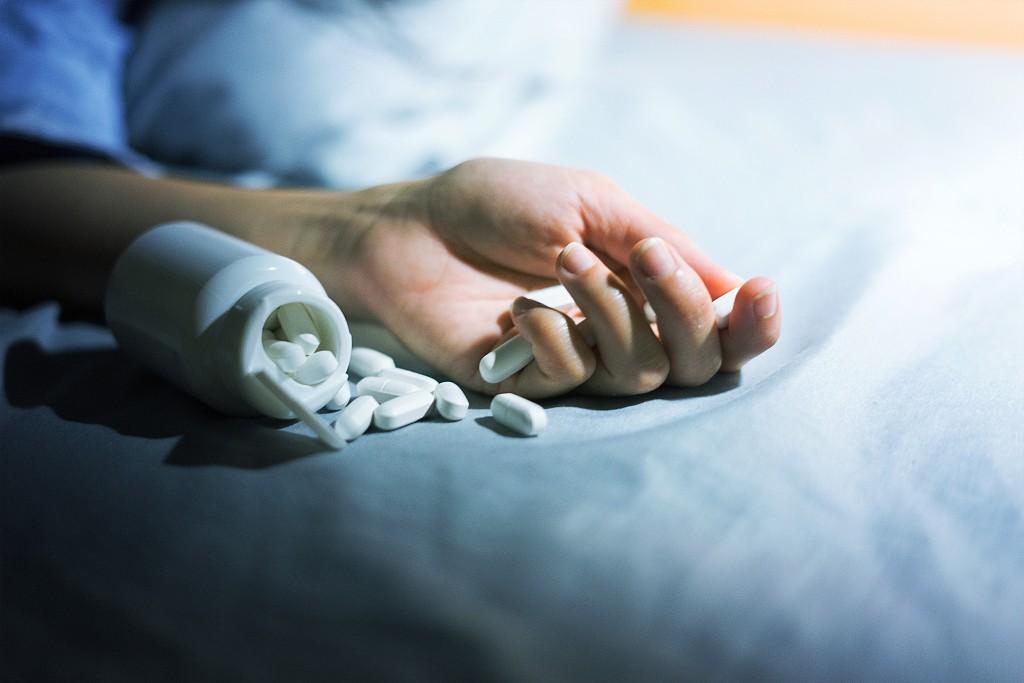 In a fresh report, the UN health agency said that the global suicide rate had fallen somewhat between 2010 and 2016, but the number of deaths has remained stable because of a growing global population.

"Despite progress, one person still dies every 40 seconds from suicide," WHO Director-General Tedros Adhanom Ghebreyesus said in a statement, insisting that "every death is a tragedy for family, friends and colleagues."

But rates varied widely, with suicides in some countries as low as five per 100,000, while Guyana, which topped the scales, registered a rate of over 30 per 100,000.

Overall, the global suicide rate fell by nearly 10 percent from 2010 to 2016, with the western Pacific showing declines of nearly 20 percent and Southeast Asia registering a decline of only 4.2 percent.

The Americas meanwhile was the only region that showed an uptick in suicides, with a six percent hike over the six-year period.

"We know that in the region of the Americas, access to firearms and guns is an important means of suicide," Alexandra Fleischmann of WHO's mental health division, told reporters in Geneva in answer to a question.

The overall decline is explained by the fact that a number of countries -- 38 in total -- have put in place suicide prevention strategies, WHO said, stressing however that many more countries must follow suit.

"Suicides are preventable," Tedros said, calling "on all countries to incorporate proven suicide prevention strategies into national health and education programmes in a sustainable way."

The most common methods of suicide are hanging, gunshots and -- especially in rural areas -- the ingestion of poisonous pesticides.

Most suicides happen in low- and middle-income countries, where most of the global population lives, but rates are higher in wealthier countries, the WHO report found.

After Guyana, Russia registered the world's second-highest rate, with 26.5 suicides per 100,000 people.

Also figuring high on the list were Lithuania, Lesotho, Uganda, Sri Lanka, South Korea, India and Japan, as well as the United States, which registered 13.7 suicides per 100,000 people.

In almost every country, men are more likely than women to commit suicide.

Young people are especially vulnerable: More than half of all those who commit suicide are under the age of 45.

And among 15-29-year-olds, suicide is in fact second only to road accidents as the leading cause of death.

The WHO said it was launching a one-month campaign starting on World Suicide Prevention Day on September 10, including the launch of a resource booklet for filmmakers.

It will warn of the dangers of graphic descriptions or depictions of suicide, which have been shown to trigger copycat suicides among people struggling with mental health issues.

In July, Netflix said it had removed a graphic suicide scene from the first season of hit show "13 Reasons Why", following concern from mental health experts who feared it glorified suicide.

Two studies published in May found that suicides among US youths rose significantly in the months following the popular show's release in 2017.

"The reasearch has shown over many years... that there are people who imitate, who are vulnerable," Fleischmann said.

The WHO report also said countries could make a significant dent in suicide numbers by limiting access to pesticides.

Pesticides are often so toxic that suicide attempts using them tend to succeed.

In Sri Lanka, regulations and bans on pesticides led to a 70 percent fall in suicides between 1995 and 2015, resulting in 93,000 lives saved, the report said.