WORLD Withdrawal from RCEP may not be conducive to India’s economy: expert

Withdrawal from RCEP may not be conducive to India’s economy: expert 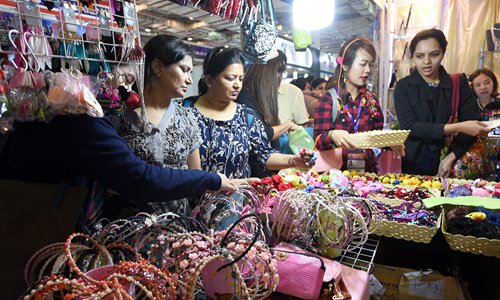 The Indian government reportedly plans to discuss whether to withdraw from the 16-member Regional Comprehensive Economic Partnership (RCEP) negotiations, which an expert said is quite "immature" and may not be good for India's future economic development.The Indian government will establish a group of ministers to look into issues related to RCEP, and the first meeting of this group is expected to be held on Friday, Indian news site livemint.com reported on Monday.Pressure on India has been rising in relation to the RCEP deal, as it would mean more market access to its adversary China, the report said.As protectionism trends become stronger in the global market, the RCEP can become a new discussion area, said Zhao Gancheng, director of the Shanghai Institute for the International Studies Center for Asia-Pacific Studies.Zhao told the Global Times on Tuesday that the ultimate goal of the RCEP is to establish a free trade zone (FTZ), but based on India's current power in economy, technology and finance, the country is not that able to jointly establish an FTZ with the other 15 members.If the RCEP framework would give some favorable policies to India, such as in its agricultural and manufacturing sectors, India would welcome it, according to Zhao. "If India withdraws from it, the other 15 members could discuss the partnership as usual." If India could integrate into the economic cooperation system in the Asia-Pacific region, it would bring close ties to countries and regions in the Indian Ocean area and the Asian-Pacific region and would also be a good thing for India, Zhao said.The partnership comprises 10 group members of the Association of Southeast Asian Nations and their six free trade agreement partners including China, India, Japan, South Korea, Australia and New Zealand.