Without Ginsburg, high court support for health law in doubt

Until six weeks ago, defenders of the Affordable Care Act could take comfort in some simple math. Five Supreme Court justices who had twice preserved the Obama-era health care law remained on the bench and seemed unlikely votes to dismantle it. 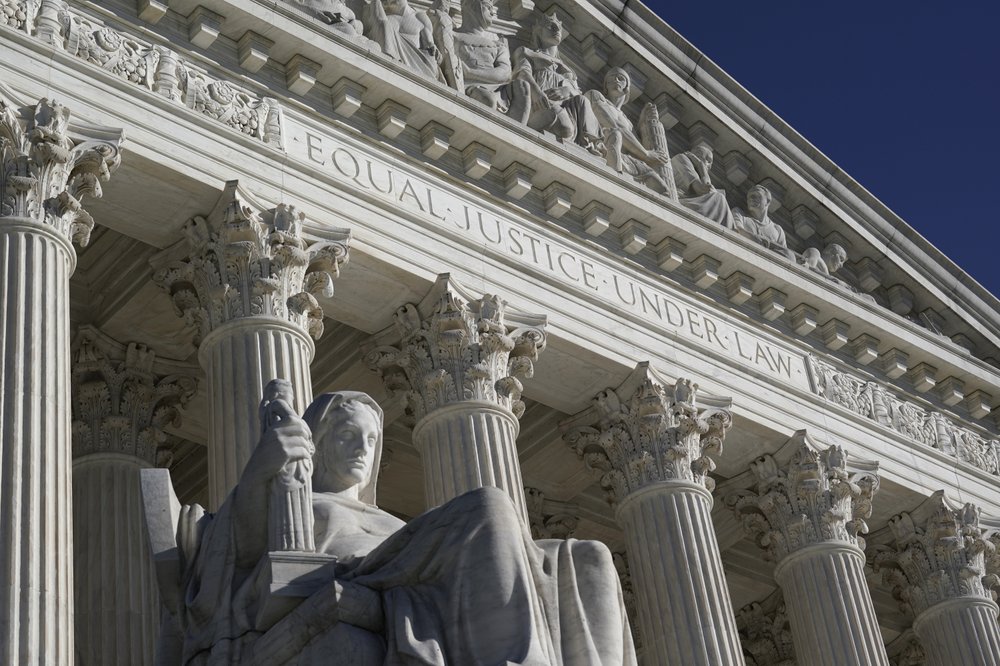 The Supreme Court in Washington on the day after the election, Wednesday, Nov. 4, 2020. (Photo: AP)

But Justice Ruth Bader Ginsburg's death in mid-September and her replacement by Amy Coney Barrett barely a month later have altered the equation as the court prepares to hear arguments Tuesday in the third major legal challenge in the law's 10-year existence.

Republican attorneys general in 18 states, backed by the Trump administratio n, are arguing that the whole law should be struck down because of a change made by the Republican-controlled Congress in 2017 that reduced the penalty for not having health insurance to zero.

A court ruling invalidating the entire law would threaten coverage for more than 23 million people. It would wipe away protections for people with preexisting medical conditions, subsidized insurance premiums that make coverage affordable for millions of Americans and an expansion of the Medicaid program that is available to low-income people in most states.

"No portion of the ACA is severable from the mandate," Texas Attorney General Ken Paxton told the court in a written filing. The Republicans are pressing this position even though congressional efforts to repeal the entire law have failed, including in July 2017 when then-Arizona Sen. John McCain delivered a dramatic thumbs-down vote to a repeal effort by fellow Republicans.

Barrett is one of three appointees of President Donald Trump who will be weighing the latest legal attack on the law popularly known as "Obamacare." Justices Neil Gorsuch and Brett Kavanaugh are the others. It's their first time hearing a major case over the health law as justices, although Kavanaugh took part in the the first round of suits over it when he was a federal appeals court judge.

Of the other justices, Chief Justice John Roberts and Justices Stepehen Breyer, Elena Kagan and Sonia Sotomayor have voted to uphold the law. Justices Samuel Alito and Clarence Thomas have voted for strike it all down.

The case is being argued at an unusual moment, a week after the presidential election, with Democrat Joe Biden on the cusp of winning the White House. Control of the Senate also is hanging in the balance.

The political environment aside, the practical effects of the repeal of the tax penalty have surprised many health care policy experts. They predicted that getting rid of the penalty would lead over time to several million people dropping coverage, mostly healthier enrollees, and as a result, premiums for the law's subsidized private insurance would rise because remaining customers would tend to be in poorer health.

But that hasn't happened – at least not yet.

Enrollment in the law's insurance markets stayed relatively stable at more than 11 million people, even after the effective date of the penalty's elimination in 2019. According to the nonpartisan Kaiser Family Foundation, enrollment dropped by about 300,000 people from 2018 to 2019. Kaiser estimates 11.4 million people have coverage this year.

Enrollment has fallen by more than 1 million people in the Trump years, but most of that happened before the penalty was repealed, not after.

Premiums have also remained stable since the penalty was repealed.

An additional 12 million people have coverage through the law's Medicaid expansion.

Some policy experts are now reassessing the importance of the coverage requirement and its fines. The thinking is that the law's benefits — coverage for preexisting conditions and subsidized premiums — may be more powerful motivators for consumers than the penalty.

"Enrollment doesn't seem to have skewed towards sicker people as many expected without a mandate penalty," said Larry Levitt of the Kaiser Foundation. "The carrot of the subsidies has been much more powerful than the stick of the mandate."

Barrett's confirmation hearings featured a sort of role reversal, with Democrats predicting the law's doom with Barrett on the court and Republicans playing down the prospects for a ruling that would completely upend the law.

Without tipping her hand about her eventual vote, Barrett talked at length about the legal doctrine of severability. Even if the justices agree that the law's mandate to buy health insurance is unconstitutional because Congress repealed the penalties for not complying, they could still leave the rest of the law alone. That would be consistent with other rulings in which the court excised a problematic provision from a law that was otherwise allowed to remain in force.

A limited ruling would have little real-world consequence. The case could also be rendered irrelevant if the new Congress were to restore a modest penalty for not buying health insurance.

A decision is expected by late spring.