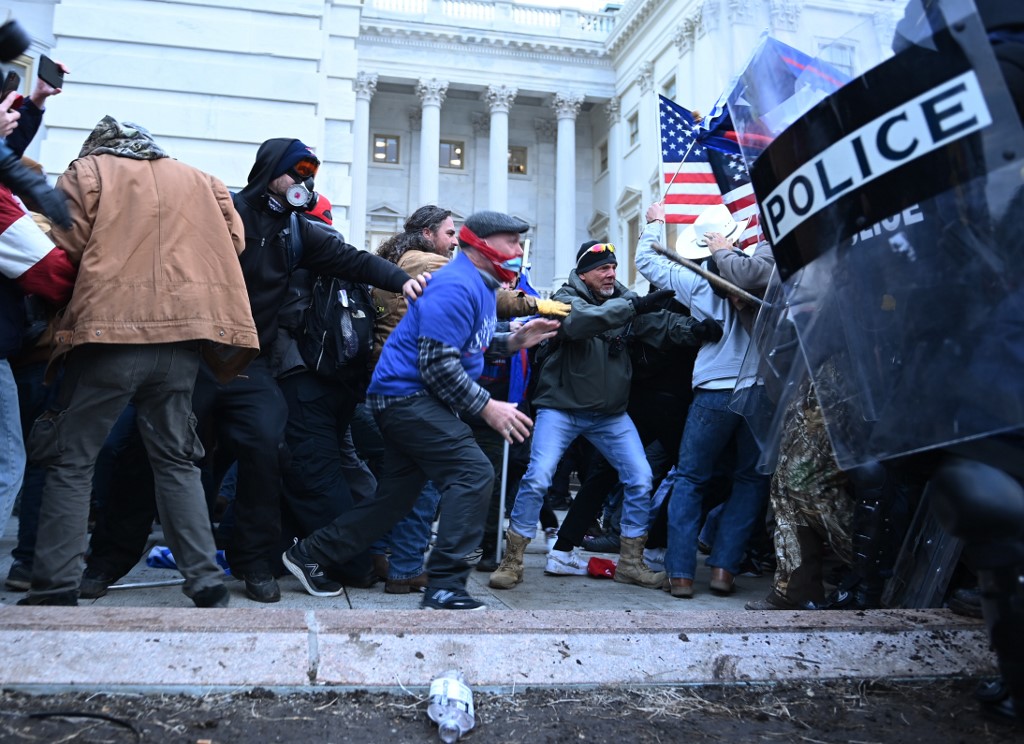 Trump supporters clash with police and security forces, as they storm the US Capitol in Washington, DC, on January 6, 2021. (Photo: AFP)

A woman who was shot as President Donald Trump's supporters invaded the US Capitol on Wednesday has died, a Washington police spokeswoman said.

Alaina Gertz offered no details on who the woman was or the circumstances of the shooting, which is now under investigation by the metropolitan police.

Unverified videos appear to show a woman who was part of the protests on the floor inside the Capitol and bleeding after gunfire erupted momentarily.