The former girlfriend of an ex-doctoral student charged with slaying a scholar from China who was visiting the University of Illinois testified Wednesday in federal court that she was scared and conflicted about wearing an FBI wire to record him. 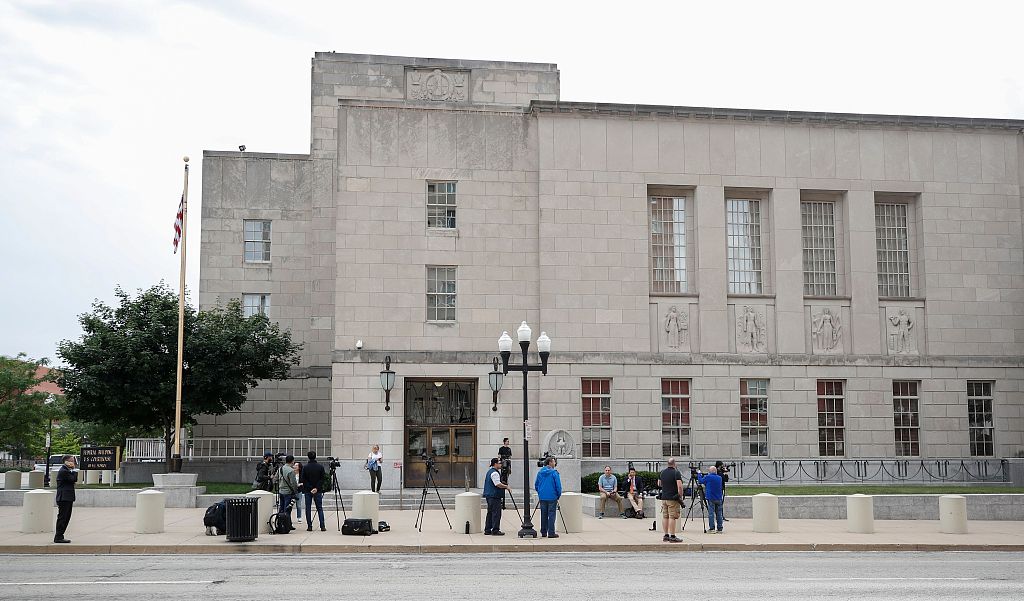 Members of the media wait outside the US Courthouse as federal trial of Brendt Christensen begins in the 2017 disappearance and suspected killing of Yingying Zhang, a visiting scholar from China whose body has not been found on June 12, 2019 in Peoria, Illinois. (Photo: VCG)

Christensen, 29, is on trial in federal court in the death of Zhang, who he's accused of luring into his car in 2017 and later killing at his apartment. Prosecutors allege she was raped, choked and stabbed before being pummeled with a baseball bat and decapitated. Her body hasn't been found.

Bullis recorded nine conversations she had with Christensen in person and on the phone for the FBI. During one talk, Christensen told her investigators had found blood in his bedroom and on a baseball bat, and that he led them to believe it was Bullis' blood.

"I made you bleed once on your face," Christensen said to Bullis on the recording. "Do you remember that?"

A prosecutor asked her why she didn't confront her then-boyfriend about what he said.

"I was scared," Bullis testified. "And I wanted to know why he was lying."

Bullis said she became "conflicted" about her relationship with Christensen in May 2017, when he messaged her about his desire to seek notoriety. She said he was a man she had become attached to emotionally, even though his sentiments weren't representative of someone she would prefer to be attached to.

Bullis testified that she and Christensen met on a dating website. She described their first date at a bookstore cafe as "whimsical." Christensen was married at the time.

Defense attorneys seeking to spare Christensen a death sentence have told jurors he did kill the 26-year-old Zhang. But they dispute some details about how and why he did it.

Bullis will resume her testimony Thursday.