Women gather in Paris to protest against deadly domestic violence 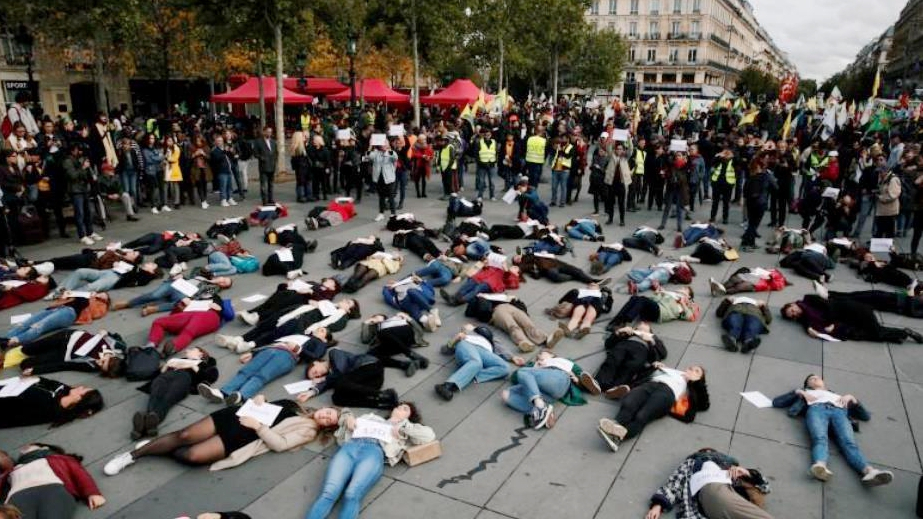 People stage a "die-in" at Place de la Republique during a demonstration against femicide and violence against women in Paris, France, October 19, 2019. (Photo: CGTN)

Hundreds of women took part in so-called "die-in" protests in central Paris on Saturday, hoping to draw attention to domestic violence against women.

More than 120 women are believed to have been killed as a direct result of domestic violence in France so far this year, according to local associations.

Demonstrators held up signs with the names of French victims and fell to the ground, before getting up and chanting, "Not one more."

Sandrine Bouchait, who heads a victims' association and whose sister was burned to death in 2017 by her partner in front of her seven year-old daughter, said the death toll was unacceptable.

French Gender Equality Minister Marlene Schiappa was reported to back the protests, saying more needed to be done to end violence against women.

"I share the anger of victims and their relatives and reiterate my support to this struggle and the government's determination," Schiappa tweeted.

Besides blaming the French government for its failure in stopping the increase in femicide, some advocacy groups are reported to put forward some proposals including creating more women's shelters.