Women's clinic in South Sudan a casualty of distracted world

MINGKAMAN, South Sudan (AP) — In a country where the maternal mortality rate is one of the highest in the world, a small clinic dedicated to reproductive health care for more than 200,000 people is about to be shut down. The worried-looking mothers know too well what might happen next. 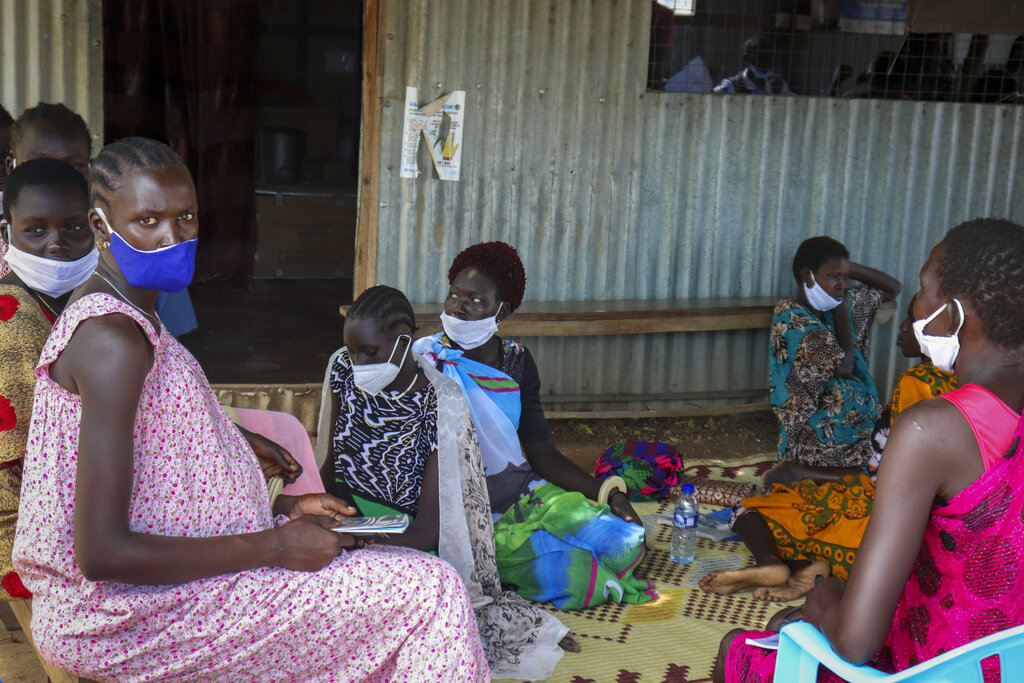 Expectant mothers sit on the floor as they wait to attend a monthly checkup at the Mingkaman Reproductive Health Clinic in the village of Mingkaman, Awerial County, in the Lakes State of South Sudan Wednesday, Oct. 19, 2022. (Photo: AP)

“If the hospital closes, we will die more because we are poor,” said one expectant mother who gave her name only as Chuti. She was attending a monthly checkup at the Mingkaman reproductive health clinic in this town on the White Nile River, and it might be her last.

The United Nations has said it intends to end the clinic’s operations by December because of a lack of funding from European and other supporters. It is just one casualty among many in developing countries as humanitarian donors have been stretched by one crisis after another, from COVID-19 to Russia’s invasion of Ukraine. The U.N. would not say how much it costs to run the clinic.

A loss like the clinic is of critical importance for people in places like Mingkaman, which along with the rest of South Sudan has struggled to cope with the aftermath of a five-year civil war, climate shocks like widespread flooding and lingering insecurity that includes shocking rates of sexual violence.

The U.N. Commission on Human Rights in South Sudan has said the war in Ukraine has led to a dramatic cut in funding for emergency medical care for people who have been sexually assaulted. “It’s not that sexual violence ebbs and flows, it’s going on all the time, largely unseen,” commissioner Barney Afako said. The commission also has asserted that the government has failed to invest in basic services like health care.

This reproductive health clinic in the capital of Awerial county in central South Sudan serves a community largely of people displaced by the civil war and the floods. It is where women who once gave birth at home now come to deliver their children. It is also where women who are assaulted come for care.

At least 250 women give birth in the Mingkaman clinic every month, said Teresa Achuei, the site manager with the organization IMA World Health, which runs the facility. She said she knew of only three women who have died while giving birth in the community, all of them outside the clinic.

Now, she said, hundreds of women could be at risk. “Our aim, our mission, is to reduce maternal mortality rate. Every woman should deliver safely. If the facility closes, there will be many deaths in the community,” she told The Associated Press during a visit in mid-October.

The clinic was founded in 2014, the year after South Sudan’s civil war began. Set up in tents as a temporary way to serve people displaced by fighting, it remains makeshift but works around the clock.

It is a center of activity in Mingkaman, a community on one of South Sudan’s muddy main highways without reliable electricity and running water. The military is present to respond to flares of violence. Many women support their families by collecting firewood from the nearby forest to sell or work in modest local hotels.

“It will be worsening for us because it was helping us,” said Akuany Bol, who delivered her three children there. She looked miserable while waiting for a midwife to examine her child.

Andrew Kuol, a clinical officer, said the facility receives an average of 70 to 80 patients per day. It often admits 20 patients a day, or twice the number of beds.

Some women must be treated on the ground.

Kuol said the clinic faces shortages of medicines including malaria drugs, post-rape drugs, antenatal drugs and others, again because of waning donor support.

The nearest hospital is in the city of Bor in the neighboring state of Jonglei, where the clinic’s more complicated cases are sent. Getting there is complicated, too. With no bridge between the states, it can take an hour for a boat to cross the Nile.

As in much of South Sudan, travel is challenging. And current circumstances mean few of the people here can easily relocate for health care or anything else.

“These (displaced people) are not going anywhere because there is still insecurity and also the flooding,” said James Manyiel Agup, the Awerial county director for health here in Lakes state. He urged the U.N. partners to continue supporting the facility to save lives.