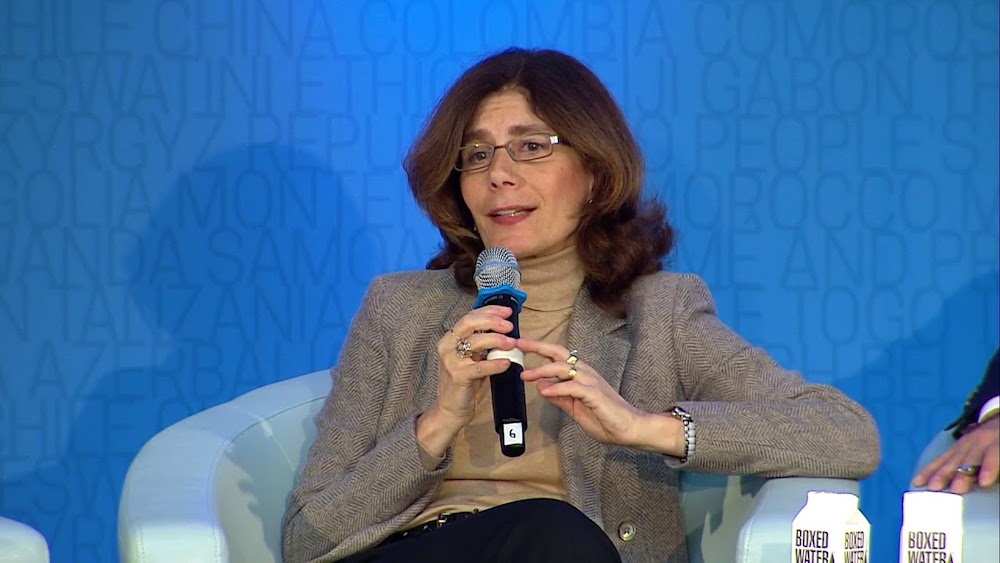 WASHINGTON, Feb. 5 (Xinhua) -- World Bank Chief Economist Penny Goldberg has planned to step down on March 1 and return to her work at Yale University, President of the World Bank David Malpass wrote in an e-mail to staff, which was obtained by Xinhua on Wednesday.

"I am sorry to announce that Penny Goldberg has informed me of her intention to step down" from her position as chief economist, effective on March 1, to return to her position as Elihu Professor of Economics at Yale University, Malpass said.

Aart Kraay, director of research in the Development Research Group, will serve as acting chief economist as the bank launches a "global recruitment search" for a permanent successor, Malpass said.

Goldberg joined the bank as chief economist in November 2018, after she was appointed by former World Bank President Jim Yong Kim in April that year.

"She is an accomplished applied microeconomist known for her work on policy-relevant questions in trade and development," Malpass said. "She has been a leading intellectual on complex issues facing developing countries including our work to support the world's poorest people and to help them prepare for the economy of the future."

Malpass said he "especially" wants to highlight Goldberg's leadership in the publication of the World Development Report 2020: Trading for Development in the Age of Global Value Chains, the multilateral institution's first trade-focused development report since the late 1980s.

"I valued Penny's intellectual rigor and curiosity," said the World Bank president. "In particular, I appreciated Penny's passion for building the institution's connection to state-of-the-art academic research and her commitment to drawing young talented economists to the Bank, an effort that will continue beyond her departure."