"We're continuing to expand the commitment capacity of the Bank. And IDA20, the acceleration of the next replenishment cycle of IDA, will help with that," Malpass told Xinhua at a virtual press conference during the spring meetings of the International Monetary Fund and the World Bank. 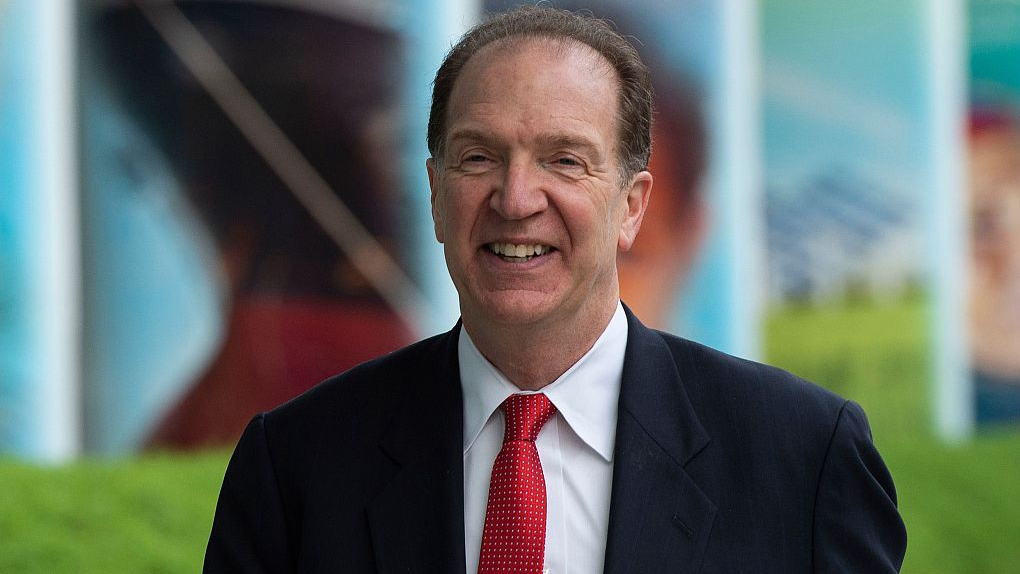 "We're looking to complete it by December, which is important for the world's poorest countries, because it's the World Bank's very effective platform to give concessional aid and grants to the poorest countries," he said.

Malpass said the World Bank is trying to "achieve transformative, scalable change" for people that live in poorer countries.

"Critically, access to electricity and to clean water are huge challenges for people in poverty and for people even trying to move up in the income scale. So, we work on all of those and on infrastructure as ways to move forward," he said.

Malpass also said the bank has plans for development, country by country, to "see the developing world do better next year than this year."

"That's what the World Bank does and is all about. That means reducing poverty; that means having a better response to climate change that's underway; that means better education and health care systems," he said.

The COVID-19 pandemic and severe economic contraction have reversed decades of progress in the reduction of extreme poverty around the world.

The pandemic-induced global new poor is estimated to be between 119 and 124 million in 2020. In 2021, the estimated COVID-19-induced poor is set to rise to between 143 and 163 million, according to an analysis from the World Bank.

IDA is one of the largest sources of funding for fighting extreme poverty in the world's poorest countries. Replenishment discussions and negotiations for IDA20 will run from April to December 2021.